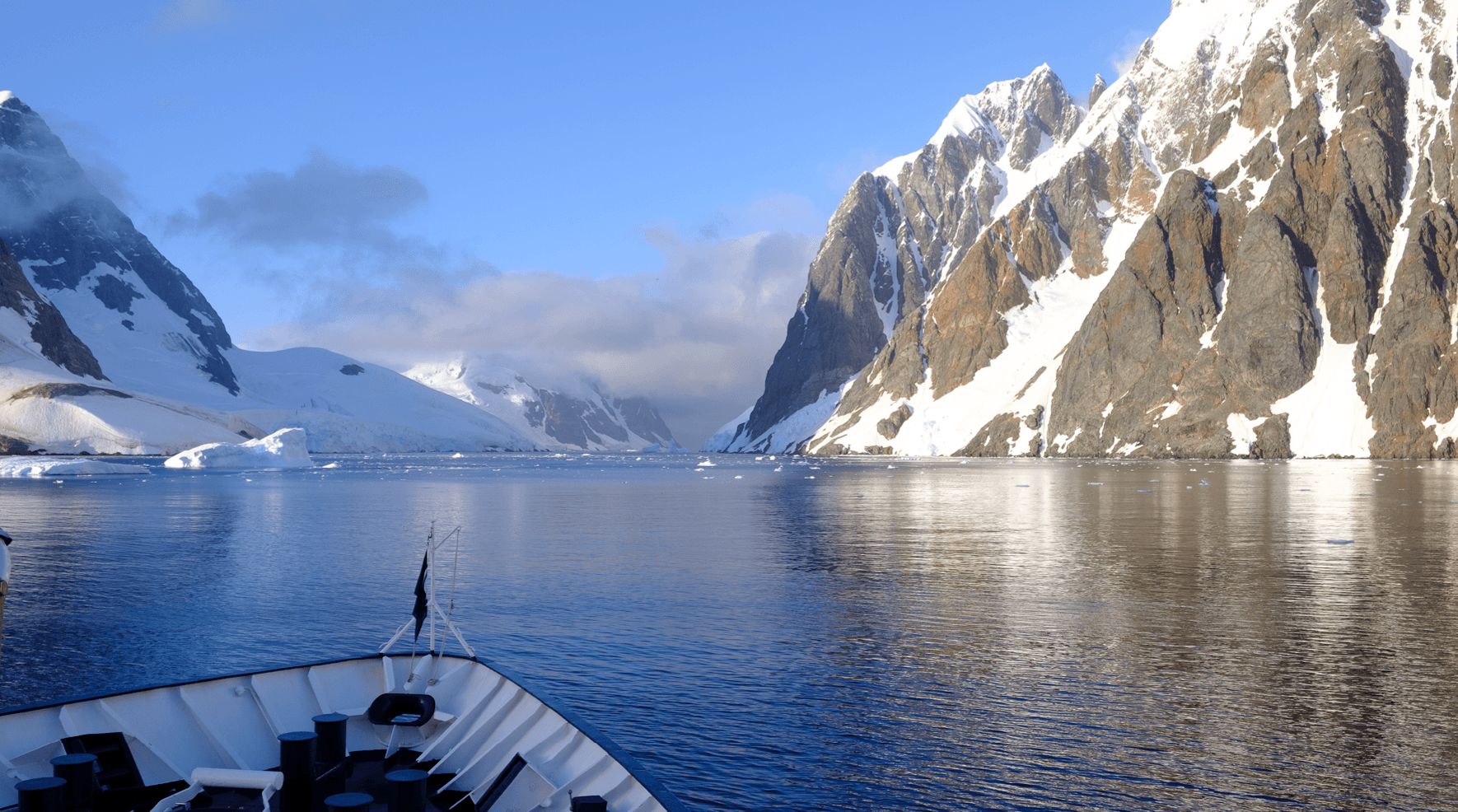 The Lemaire Channel is a wonderfully calm and stunning waterway that, if we are fortunate enough to pass through it, offers some of the most fantastic views and incredible wildlife sightings on the peninsula. The area has rightfully earned the nickname ‘Kodak Alley’ or ‘Kodak Gap’ for its astonishingly photogenic landscape and wildlife-rich waters.

Named after 19th-century Belgian explorer Charles Lemaire, who never actually set foot in Antarctica but rather was honored with the name of another Belgian explorer, Adrien de Gerlache. It was Gerlache who first explored the Lemaire Channel and this area of the Antarctic Peninsula in 1898, then chose to name the Channel after his fellow countryman.

Lying between Booth Island and the Antarctic Peninsula, the Lemaire Channel measures almost seven miles long, five hundred feet deep and just two thousand feet wide at the narrowest point. As our ship makes its way through the glassy channel, guests are awed by spectacular natural scenery, including towering mountains, large chunks of ice from calving glaciers and dramatic peaks. All the grandeur of one of Antarctica’s wonders is reflected in the serene waters that are protected by the steep glacial cliffs on either side.

Along the way, it’s common to encounter Orca, Humpback and Minke whales as well as a variety of seals. To say the area is a photographer’s dream would be an understatement, and you can be sure that if you are traveling through this well-traversed route that your fellow travelers (and undoubtedly, yourself) will be out on the decks snapping pictures of one of the prettiest and remote places on earth.

Highlights from a visit to the Lemaire Channel:

Keen to see the Lemaire Channel for yourself? Speak with our team for assistance in choosing the right itinerary. Once you are on board, your Expedition Leader will inform you if a visit to this remarkable place is possible.