An Intro to Migratory Birds in Antarctica

In honor of World Migratory Bird Day, we thought we’d give you a brief introduction to some of the migratory birds you might encounter on our trips. Birding on our voyages is one of the most popular activities, and often passengers will collect on the outer decks to spy a wide variety of species. So grab your imaginary binoculars and let’s explore!

Learning about bird life is one of the many important facets to a Polar Latitudes expedition to Antarctica. Whether you consider yourself a ‘birder’ or not, once you are on board our ship with people that are passionate about bird life – including our own Ornithologist (bird expert) on staff – you will find that learning about the different species of birds is a fascinating topic.

Did you know that long-distance migration patterns have evolved over thousands of years? This is partially controlled by the genetic makeup of birds but also by responses to weather, geography, food sources, day length and other factors.

Let’s take a look at some of our favorite migratory bird species found in Antarctica. 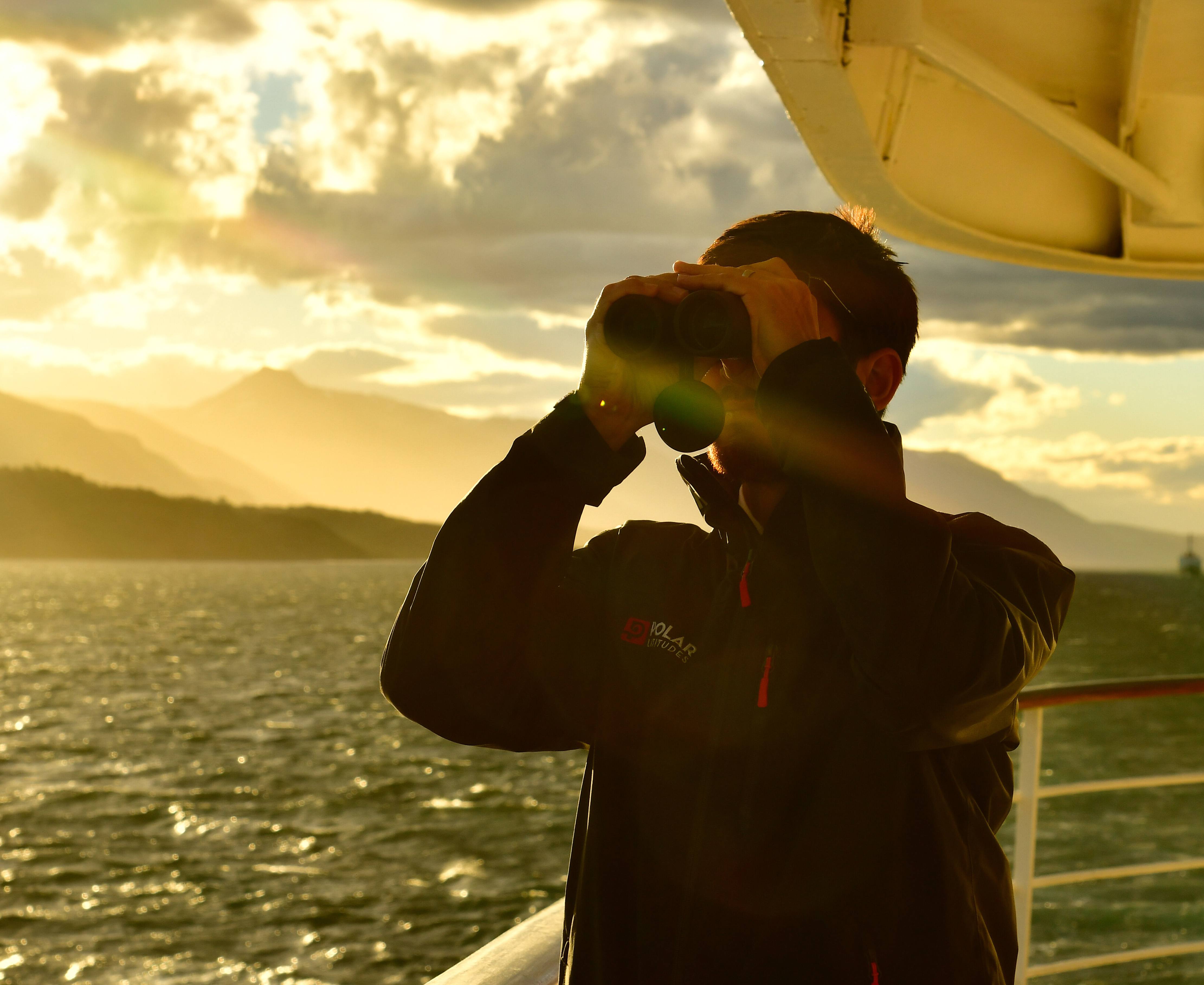 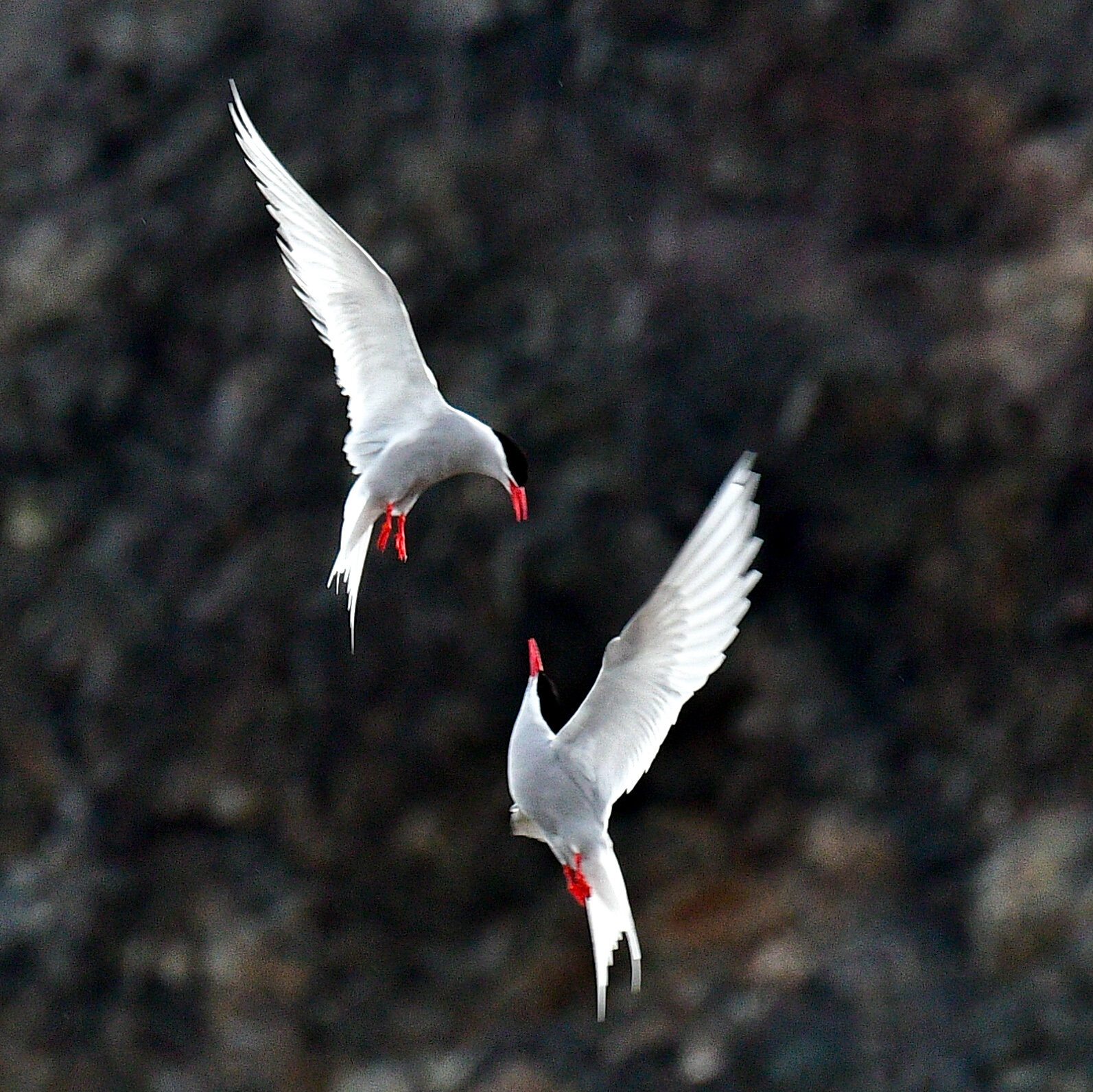 The seabird most famous for its long-distance migrations is the arctic tern. Weighing only 85-100g (3-5 ounces), they are the world record holder. Flying annually between the northern and southern hemispheres, these birds make a remarkable return trip of around 44,000 miles each year. That’s the equivalent of three round trips to the Moon and an estimated 2.4 million kilometres in their lifetime!

These seabirds travel huge distances, breeding on the islands and cliffs of the Antarctica region. After breeding,  they spend the rest of the year at sea migrating north, and are often encountered on the shores of Nova Scotia. At home in the roughest of seas, the birds fly in the troughs of waves during gale force winds. Weighing just 40 grams, they are the smallest warm-blooded animal that breeds in the Antarctica region. They are also the most numerous – it is said that after chickens they have the largest population of any species worldwide.

This pure white bird can be found hopping around penguin colonies, clearing up spilt krill and even eating penguin poop! Very similar in appearance to a chicken, the snowy sheathbill has the distinction of being the only bird in Antarctica without webbed feet. They are very curious and will try to eat anything, even our guests bags that left on the ground! While they don’t look like impressive flyers, once penguin breeding season is over and the colonies empty, the sheathbills fly north across the notorious Drake Passage to spend the winter in South America.

Skua’s are group of predatory seabirds, and there are a few species of skua that we may see during our voyages. The Brown Skua is quite a large bird and is the heaviest species of skua. Skuas extensively vary in their post-breeding movements- some only move short distances from their breeding grounds while others will partake in a true long-range migration. The South Polar Skua breeds on the coastline of Antarctica, usually laying two eggs in November and December. They migrate and winter at sea in the Pacific, Indian and Atlantic oceans. Both of these skuas can often be seen trying to steal penguin eggs and will feed on penguin chicks as well as fish and other seabirds.

Although albatross do not technically migrate, they are worth a mention here as they are truly remarkable and a passenger favourite. We often see the black-browed albatross and wandering albatross throughout our journeys to the Falkland Islands, South Georgia and the Antarctic peninsula. These birds are colonial, in that they nest together for the most part on remote oceanic islands. Males and females will bond with the use of ritualized dances, and their bonds last the lifetime of the pair.  Albatrosses can travel over over 22,000kms on a single foraging flight, and circumnavigate the globe in just 46 days – all while expending almost no energy. They can fly almost three times as fast as the windspeed, using a ‘dynamic soaring’ technique that allows them to manoeuvre using their massive wings. 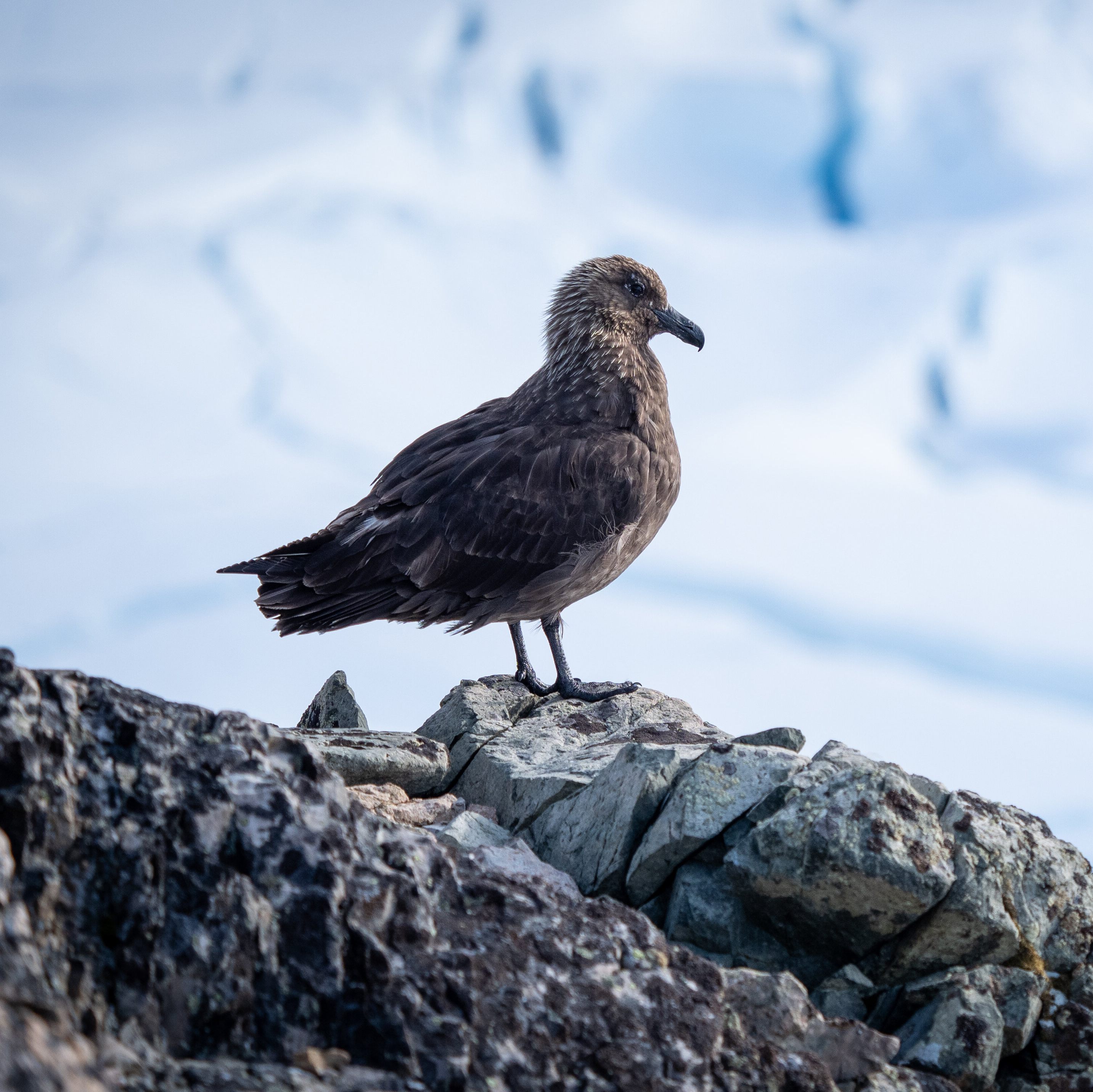 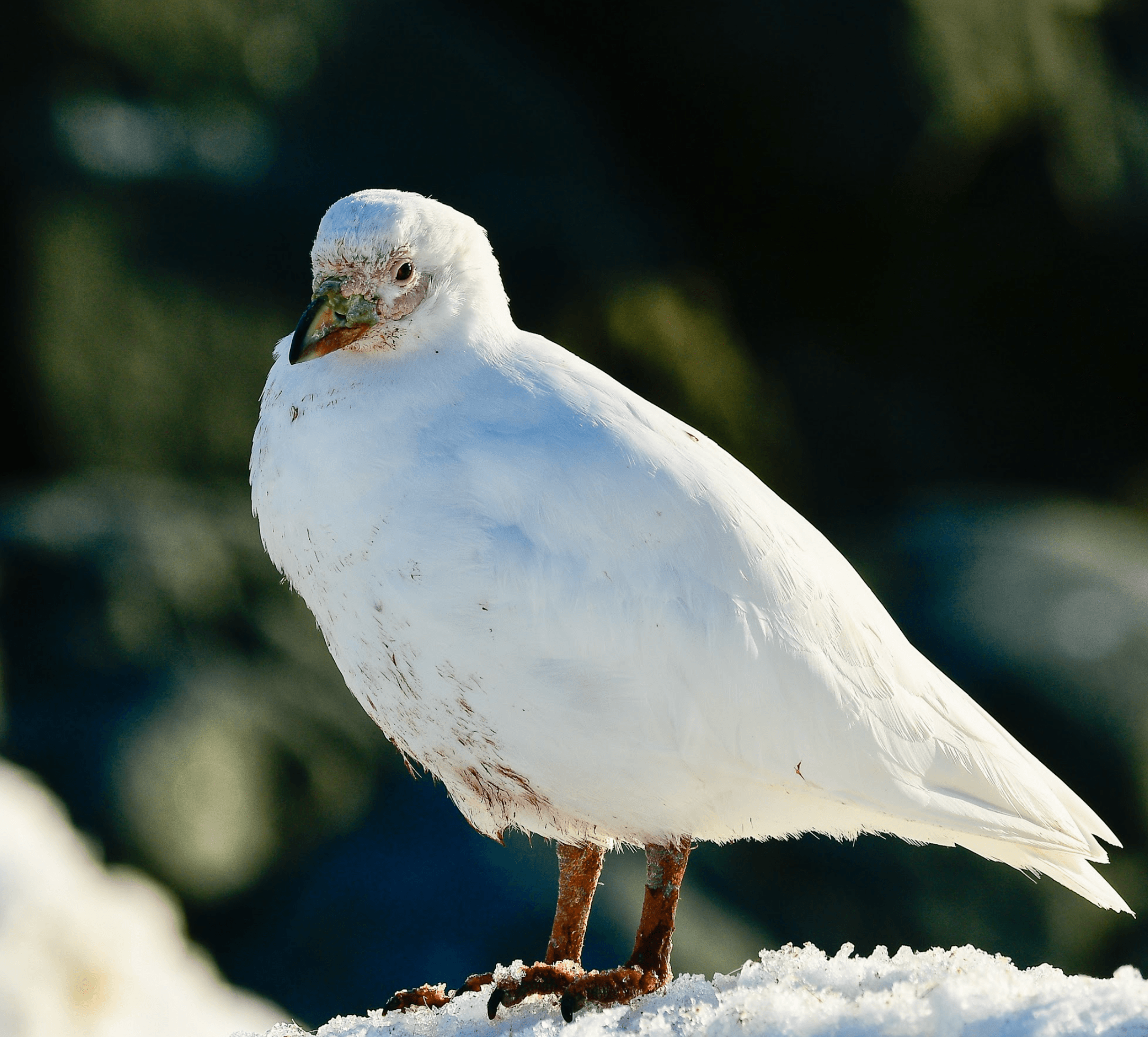 Most birds migrate in flocks, altering their metabolism to allow them to accumulate fat to use as a storage of energy to meet the demands of migration. Birds will also moult once or twice a year to replenish their feathers after suffering from wear and tear. Instinctively, migrating birds know where to migrate and how to navigate back home. They almost always return to the home where they were born, so it wouldn’t be surprising to spot the same bird in the same place each year. How awesome is that?

Experience migratory birds for yourself and travel alongside our expert ornithologists. Speak to your preferred agent or contact us to book your adventure today.