Expedition Ships begin visiting Antarctica in late October (the Antarctic Spring) and continue through late February or early March (the Antarctic Fall). While there is an abundance of wildlife and natural beauty throughout the seasons, changes in the weather and currents affect the landscape as well as the wildlife. 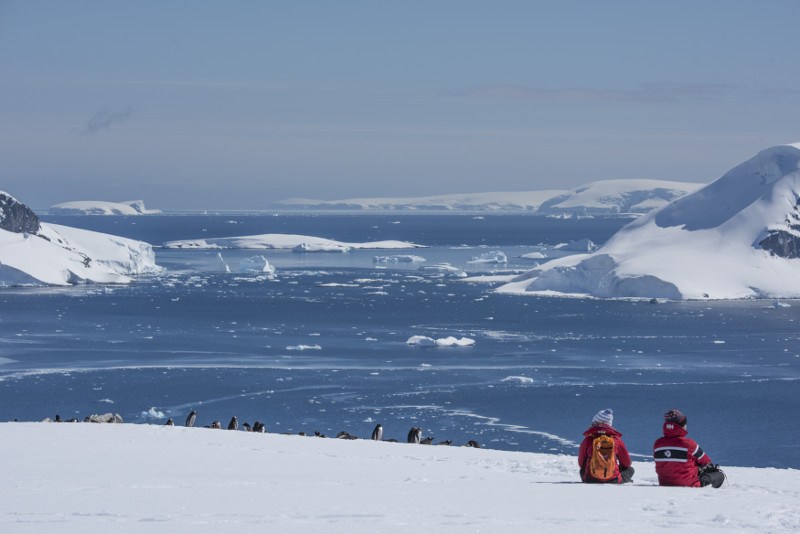 The pack ice begins to break up, and the landscape is at its most pristine, with plenty of fresh snow. It’s mating season for the penguins and other birds returning to their breeding sites. You’re likely to witness courtship displays, nest building, and egg tending. In South Georgia, Elephant and Fur seals are mating, and King penguins are laying their eggs. Parents can be seen “carrying” eggs on their feet so that one parent can shuffle around the colony while the other adult goes out to sea to feed.

This is a fantastic time for photography, as the start of summer brings with it amazing sunsets and ever-changing cloud formations.  This is also the time when albatross, marine fulmars, and petrels adorn the Southern Ocean, and the blue-eyed shags return to the region. Antarctica is never crowded, but in the early season there are far fewer ships and the vastness and purity of the region is even more pronounced. For many of us who work in or travel to Antarctica frequently, it is our favorite time to be there.

It’s the height of the Austral Summer, and the sun is up 18 to 20 hours a day, so photo opportunities and sightings of all sorts abound.

Penguin chicks are hatching, and you’ll likely see them chasing after any adult penguin that is carrying food. Whale sightings of baleen and toothed whales along the Antarctic Peninsula increase and seal pups can be sighted on the beaches in South Georgia.

Some 30 days after hatching, penguin chicks can be found in “crèches,” resembling a nursery of sorts, which leaves their tired and hungry parents free to rest and hunt for food. 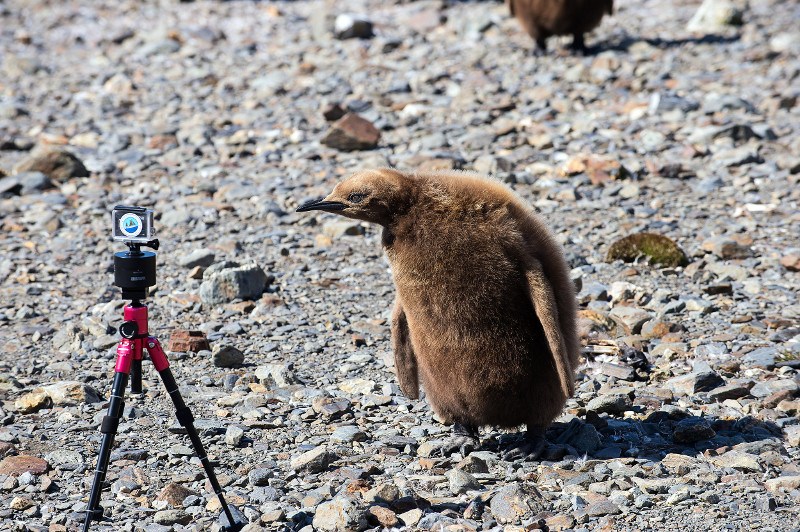 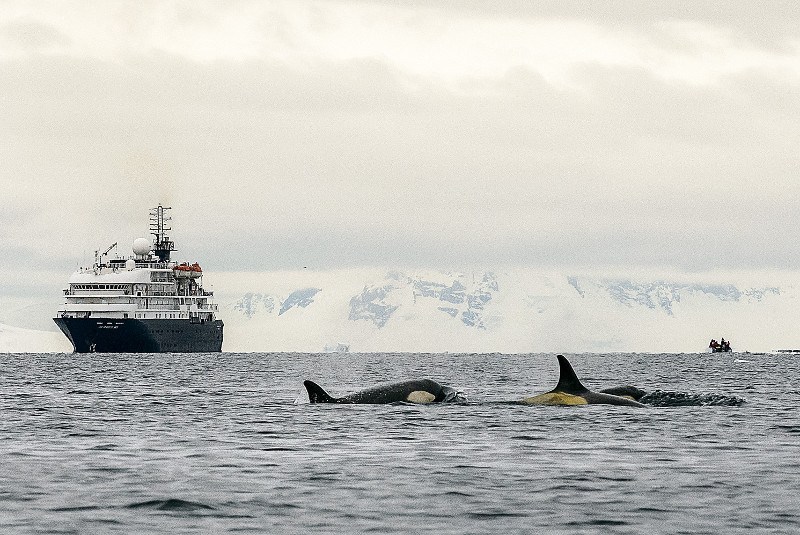 Sightings of whales are at their peak in the Peninsula, and the receding ice makes it possible for us to explore further south. An increasing number of Fur seals can be found along the Peninsula and offshore islands; young Fur seals are also quite playful in South Georgia.

Penguin colonies are very active. The penguin chicks begin their molt, losing their fuzzy down and developing their adult plumage.

By now, most parents have abandoned their chicks, and have gone out to sea to feed and fatten up for their own molting stage. Most colonies (Adélie, Chinstrap and Gentoo) are nearly vacated by early March.