Making your life easy, one booking at a time

We pride ourselves on being the easiest company you will ever work with.  Become a Partner and discover how our fair and uncomplicated business practices can help support you and your clients’ needs. 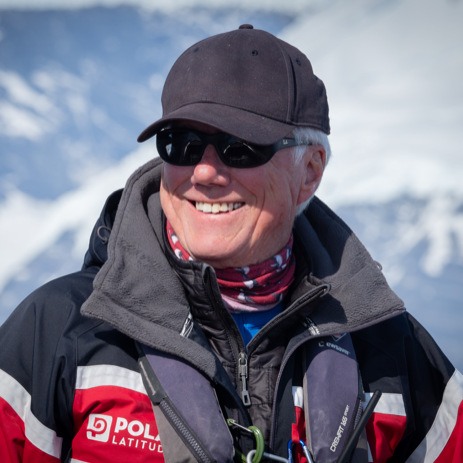 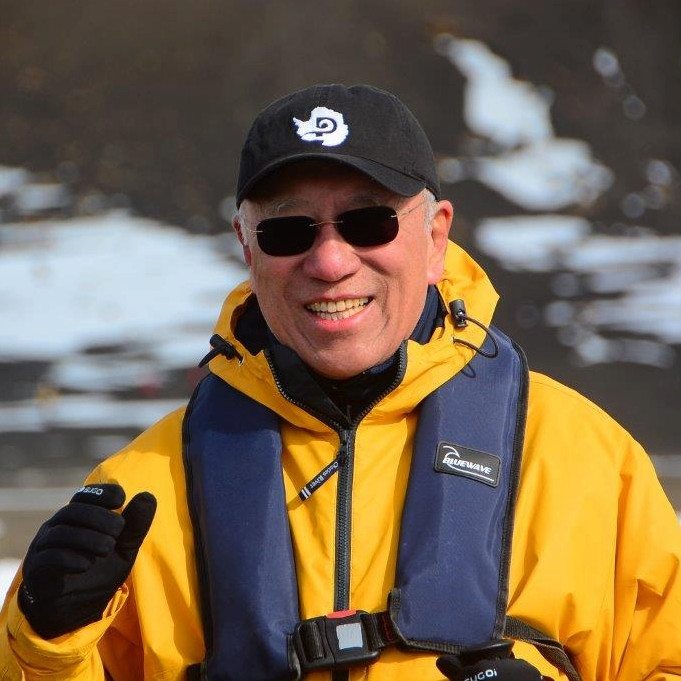 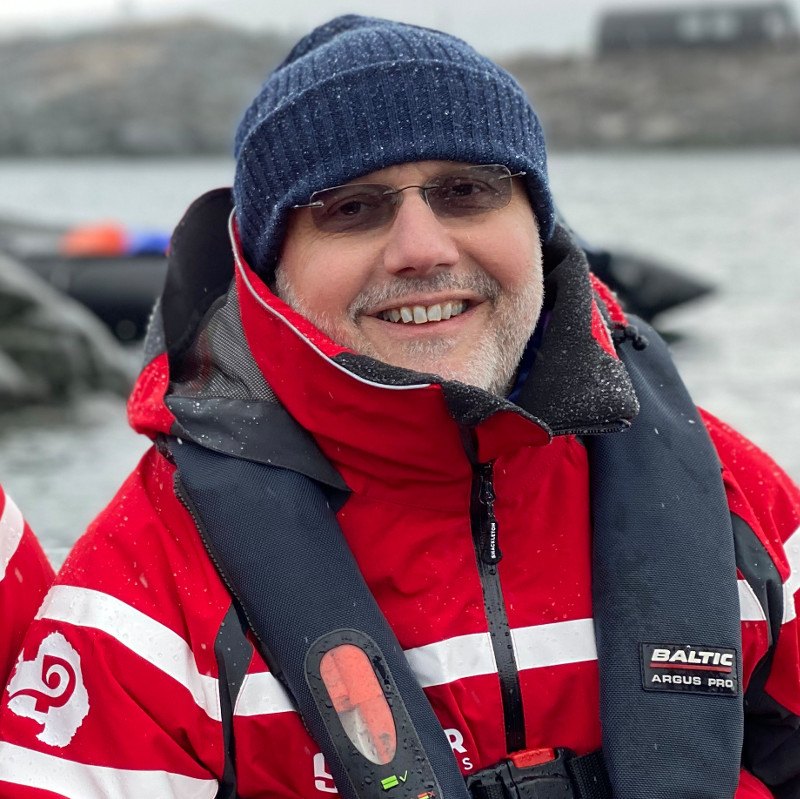 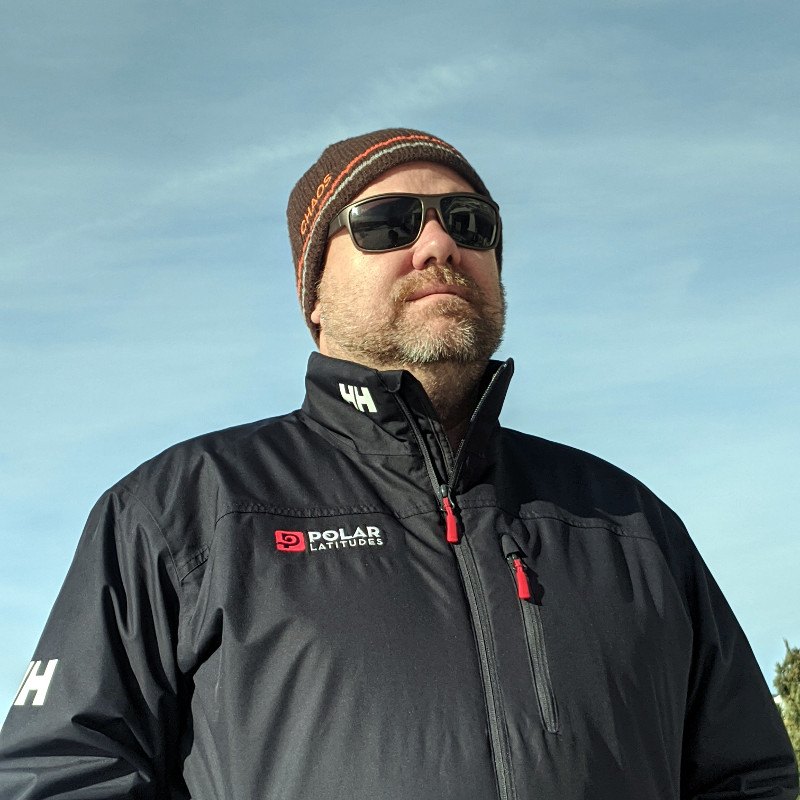 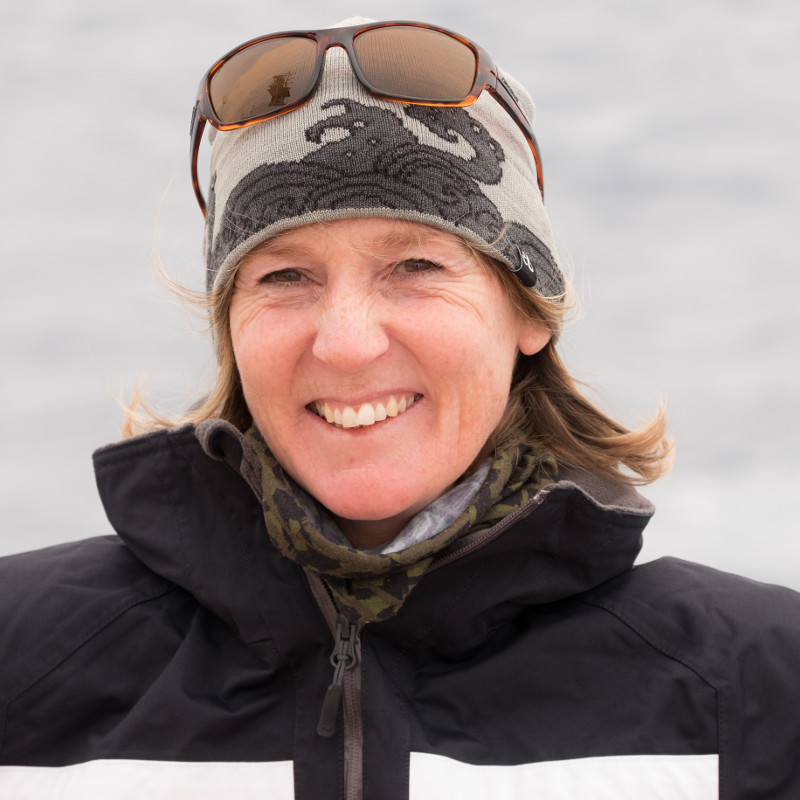 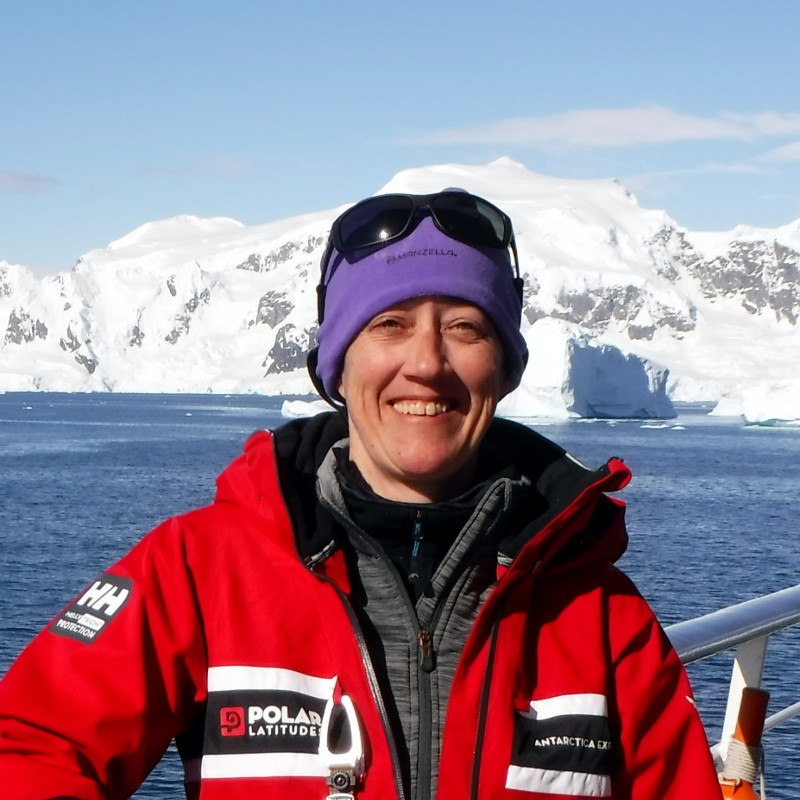 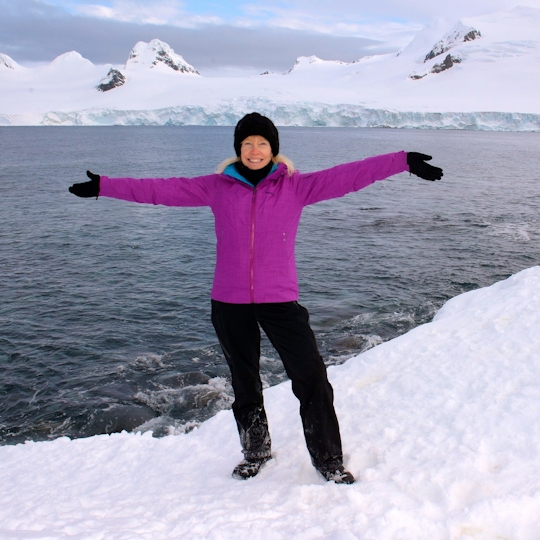 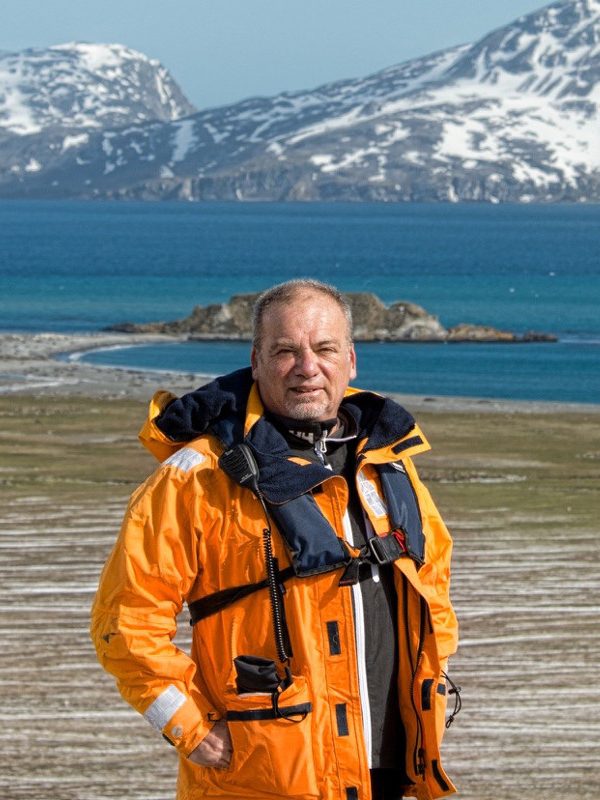 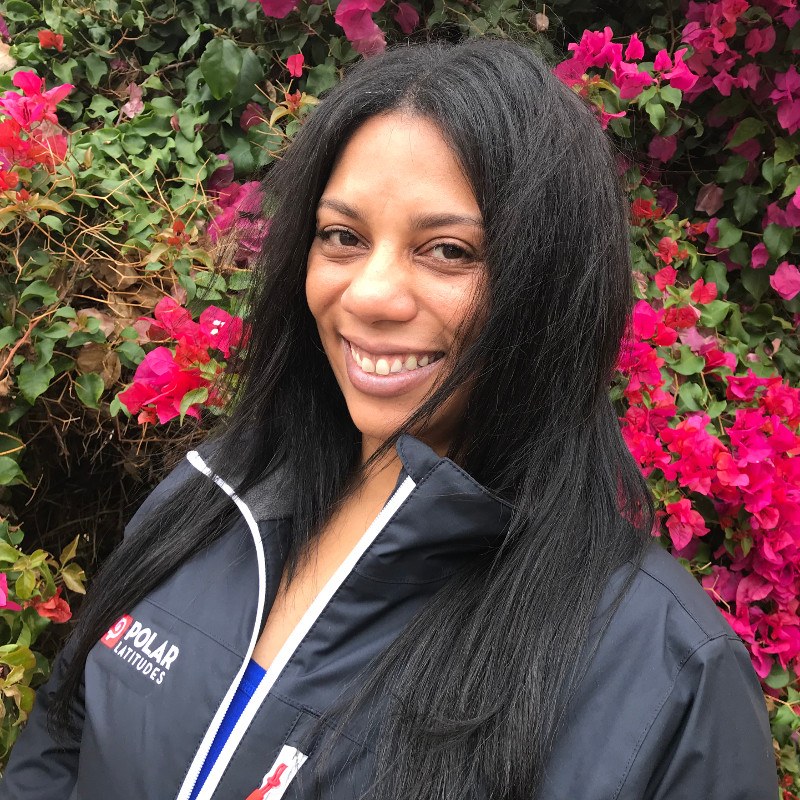 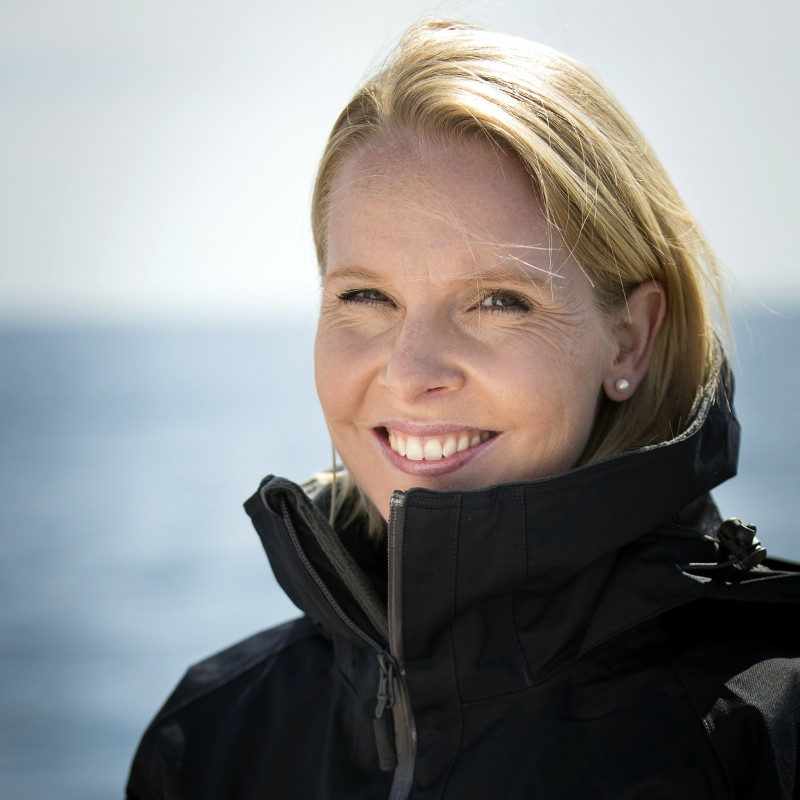 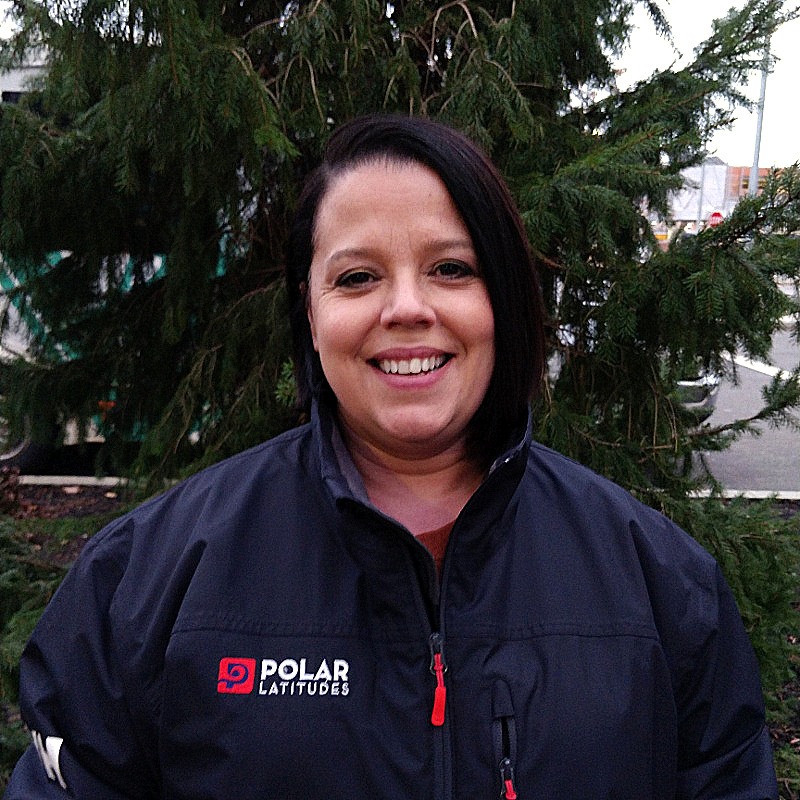 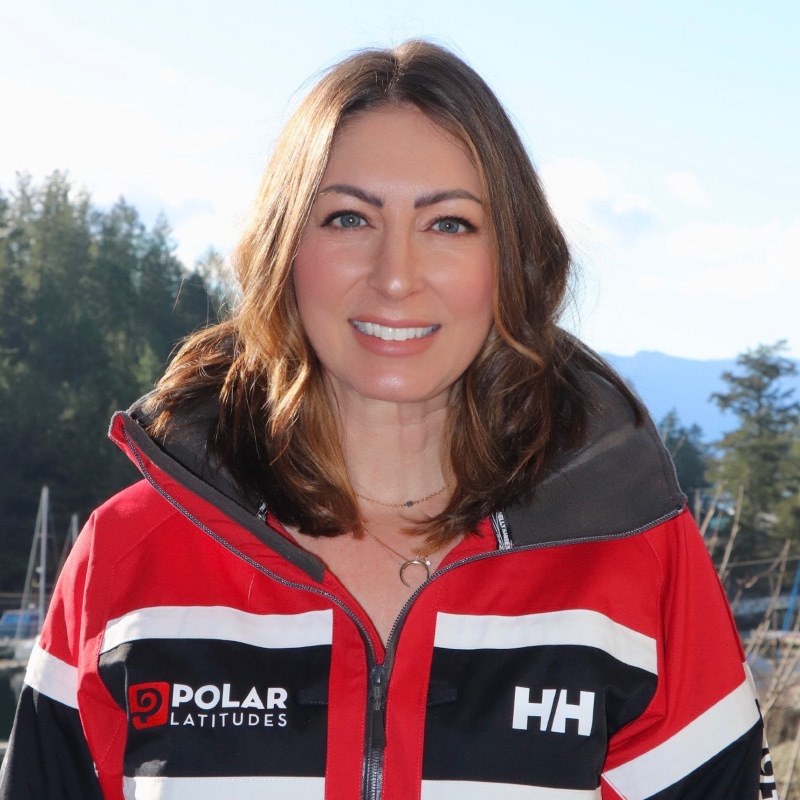 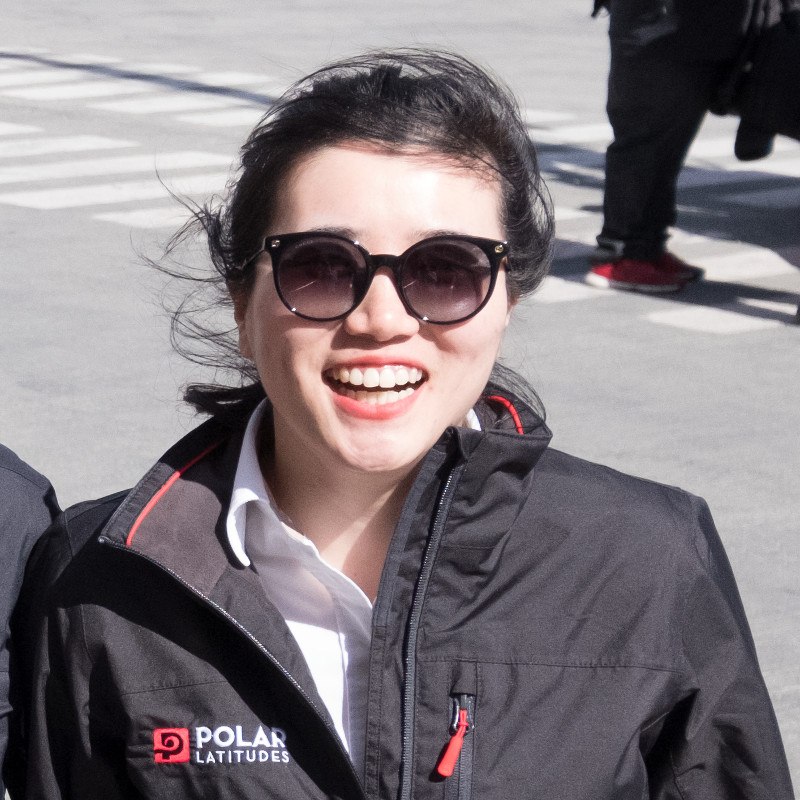 John has been devoted to the Adventure Travel business for nearly 30 years, and for the last two decades has been solely dedicated to Polar travel, specifically to Antarctica.

He is the co-founder and still owner-operator of Polar Latitudes, a boutique US-based company that has, throughout its history, been uniquely focused on creating teams and operations with a dual mission of providing a once-in-a-lifetime passenger experience, while going above and beyond the traditional “leave no trace” mandate for this fragile yet critical part of the world. John believes it is his responsibility to leave the Antarctic environment better, and his passengers more enlightened, for having made the journey. Polar Latitudes was the first company to make Citizen Science a part of every voyage, and this year, will be adding a marine studies lab onboard, just two examples of John’s commitment to better understanding and caring for the continent he calls his second home.

John represents Polar Latitudes in the International Association of Antarctic Tour Operators (IAATO) and serves as Chairman of the Industry Membership Committee.

As a former owner of one of the largest and most successful expedition cruise operators, Mr. Ting has paid close attention to changes in the industry over the last two decades.
He believes that in the search for new business, solid global partnerships and a laser focus on quality is the simple winning combination in the new future of polar travel. Mr. Ting assembled the Polar Latitudes team with this mandate and supports them with his significant experience, influence, and reputation. In addition to Polar Latitudes, Mr. Ting has multiple business interests in many aspects of the marine industry.

In 20 years of providing hotel and catering services to the expedition cruise industry, Erich Graf and his team at Signum Hotel Operations have gained an industry-wide reputation as the leading supplier of quality hospitality. From offices in Austria and Western Australia, Signum provides superior global hotel operations and management services with a can-do attitude and a hands-on approach. Polar Latitudes is thrilled to have Signum as its key partner in this critical aspect to any polar voyage.

Tim has been in the travel industry for over 20 years with 10 years dedicated exclusively to the Polar regions. Having successfully led both sales and client services teams, he brings his experience and dedication for the region to every situation, and truly understands what makes Polar Latitudes unique.

When he’s not assisting partners and guests, you’ll find Tim traveling anywhere and everywhere, from 5-star river cruises in Europe to pop-up tents in Tanzania – he’s game to get out and see the world! Tim has been to over 65 counties and managed to go to all 7 continents in an 8-month period. He looks forward to helping others make that dream a reality with a visit to the 7th continent!

Silver medalist in the 2017 World Guide Awards, Hayley has spent 13 years adventuring in Antarctica, and still feels privileged to walk amongst the penguins, float on a sea of bergy bits, or await the surface of a Humpback while surrounded by glaciers, icebergs and rugged mountain peaks. Hayley’s motto is, “Live your dreams, follow your passions.”

In BC, Canada, Hayley keeps in the company of Orca and Humpback whales, Grizzly and Black bears. She relishes in the Polar bear and Beluga whale capital of the world working as a guide in Churchill, Manitoba.  Originally from the Kapiti Coast in New Zealand, she now calls Vancouver Island home.  In her spare time, Hayley likes to take extended sea kayaking adventures around Vancouver Island and Haida Gwaii. She once attempted the world’s first solo sea kayak journey around South Georgia Island to help raise awareness for the Albatross, about which a book and documentary were made.

Erin has over 15 years of experience working in different segments of the travel industry, from an agent booking discount travel for students to an IT specialist for various major luxury tour operators, and many jobs in between. In her role as VP of Administration, Erin is responsible for promoting and maintaining an effective workflow within and between departments, to ensure the overall forward progress of the company’s higher-level goals by actively managing the efficiency of day-to-day processes.

With an extensive amount of hours logged traveling to almost every corner of the world, Erin brings a balance of technical skill, efficiency, and a true understanding of, and respect for, the guest experience.

On her first voyage to Antarctica 20 years ago, Chris immediately fell in love with the lure of polar expedition cruising and decided to make it her new career. Chris brought a high-tech savvy to her new passion and in 2007 was named Conde Nast Traveler’s Top Travel Specialist for polar cruising.

From a base in Northern California, Chris continues to set the standard for product knowledge in the industry. Whether sales, customer service, or information technology, her background in software development, technical expertise and keen attention to detail make her a huge asset to the Polar Latitudes team and ensure a flawless booking procedure for our partners.

Dr. Dan studied medicine in New York City, completed residency in Portland, OR, and eventually settled in the greater Seattle area. He is an actively practicing emergency physician boarded in Emergency Medicine with many long years of emergency medicine experience. He is responsible for coordinating our onboard doctors and medical supplies.

Every Polar Latitudes voyage has a currently-practicing and English-speaking doctor experienced in Emergency medicine. Medical services are available 24 hours a day, and a doctor accompanies passengers on all shore landings.

Lana has worked in the Polar industry for over a decade, introducing Antarctica into developing markets and developing new business.  She values the strong relationships she’s made with Travel Partners from all over the world.

Born in Cape Town, South Africa, Lana came to the United States at 19 to attend college.  She promised her mother she would only stay for four years, but, like with us all, life happened!  Her first job in the US saw her organizing trips to Alaska for adults with disabilities, which led to her decision to pursue a career in travel.

Conny has been an outdoors person all of her life growing up at the feet of the German Alps. Having spent her childhood skiing and mountaineering in local regions it was the crucial adventures across the neighboring borders that indoctrinated her great love of travel. This deep passion led Conny abroad at the youthful age of 16 where she would complete her Bachelor’s and Master’s degrees in Business in the U.S. and Hong Kong respectively. From there, Conny has followed a successful career in Sales & Marketing within international luxury hotels, living and working in Asia, Australia and New Zealand.

Conny’s enthusiasm and passion for Antarctica was born after embarking on her first expedition cruise, aboard our very own Hebridean Sky.  As a member of our Sales team, partners will love her bubbly personality, abundant energy, and commitment to the partner relationships she builds.

Filomena has over 15 years of experience in the travel industry, specializing in custom adventures to Patagonia, South America, and Antarctica. A social butterfly and foodie at heart, Filomena loves meeting new people as she travels the world taking food tours and cooking classes. Her infectious personality and fun-loving spirit shine through everything she does.  Filomena is fluent in Portuguese and conversant in Spanish, and her happy place is anywhere that has an ocean.  She is ready to help you plan your next Antarctic adventure!

With a passion for writing and tourism marketing, Kristy found herself working in polar tourism and fell in love with the polar regions. She loves discovering the fascinating stories about the history, wildlife and experiences that Antarctica has to offer and sharing them with our dedicated Polar Latitudes followers on social media.

Originally a media professional, Kristy is always keen to learn new skills and try something new. She has worked as a tour guide, TV host, bartender, event, and radio producer before finding her passion for PR and Communications. Kristy is an avid scuba diver with a deep love of wildlife. She enjoys travel, skiing and hiking around her home base in British Columbia, Canada.

Yoyo has worked in the Polar industry for several years, coordinating groups and products for a wide range of clients and companies. Even though she has experience with both poles, her true passion is for Antarctica, and she was recently certified by IAATO as both a Peninsula and a South Georgia guide. Yoyo is an outstanding asset to both our home and expedition teams, responsible for developing new business in China as well as spearheading our Mandarin-speaking programs on board.

Polar Latitudes offers fair and uncomplicated business practices and quick and easy access to inventory with clear, straightforward descriptions of programs and services. Our 24/7 online booking and resource center makes checking inventory and creating bookings a snap. Count on us for world-class service for both you and your clients. If you’d like to become a partner please fill out the form below and we will contact you within one business day.