5 Research Stations You Can Visit in Antarctica

Antarctica has no permanent population, but what it does have is a seasonal population of scientists and academics that live in research stations that are scattered across the Antarctic Peninsula, conducting important studies as part of a collective commitment to the education, preservation and conservation of the land.

With over 29 countries represented across the continent, each station maintains a staff ready to maximize their time researching and studying as well as building and maintaining these research stations. There are 70 permanent bases with populations of up to 1200 in peak season in Antarctica. Each station has its own unique design, with a variety of colors and styles of architecture represented, including eco-friendly designs to minimize environmental impact.

Here are a few of the research stations that we often have the opportunity to visit on our trips. Visits to stations are determined based on itinerary and schedule and occur only when weather and conditions allow. 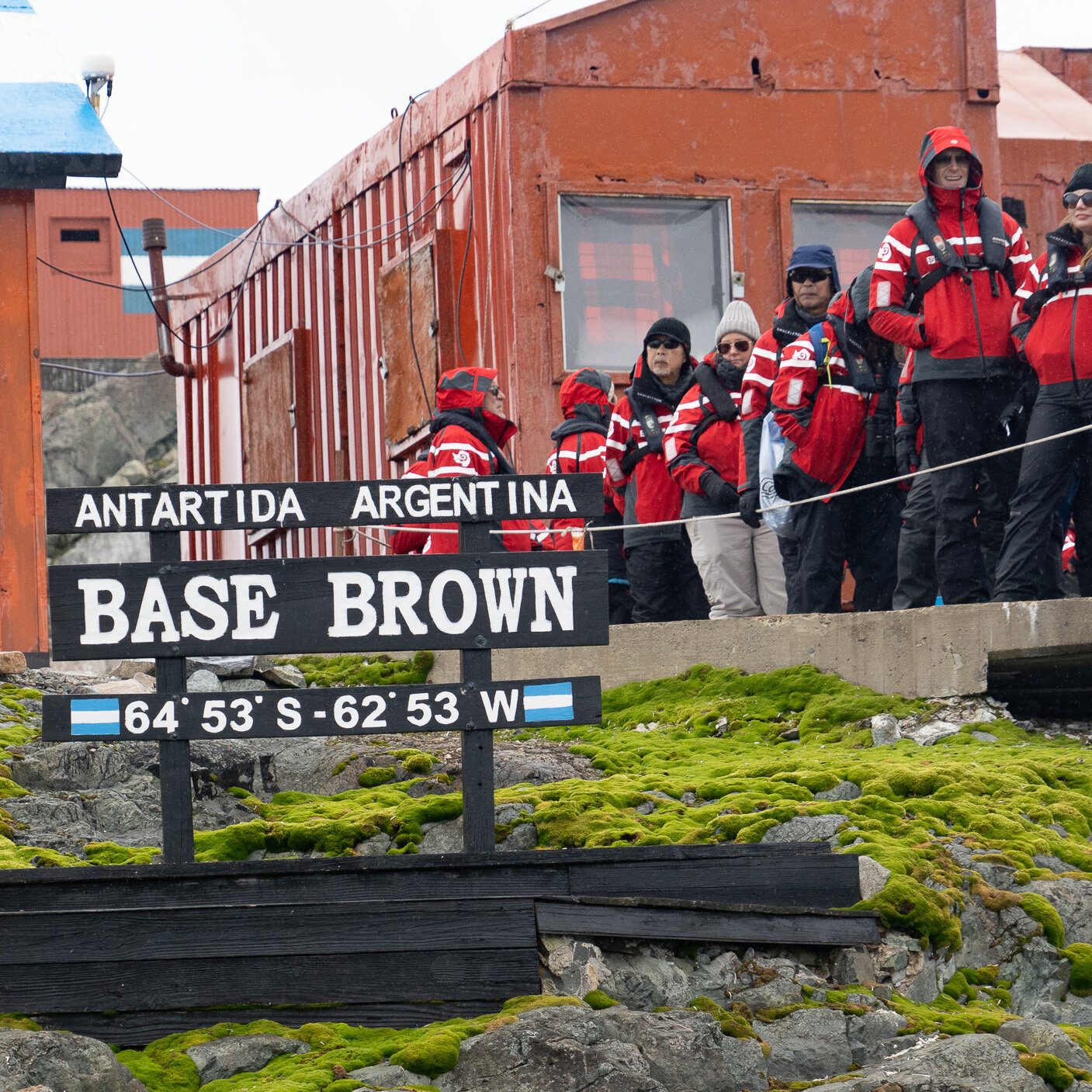 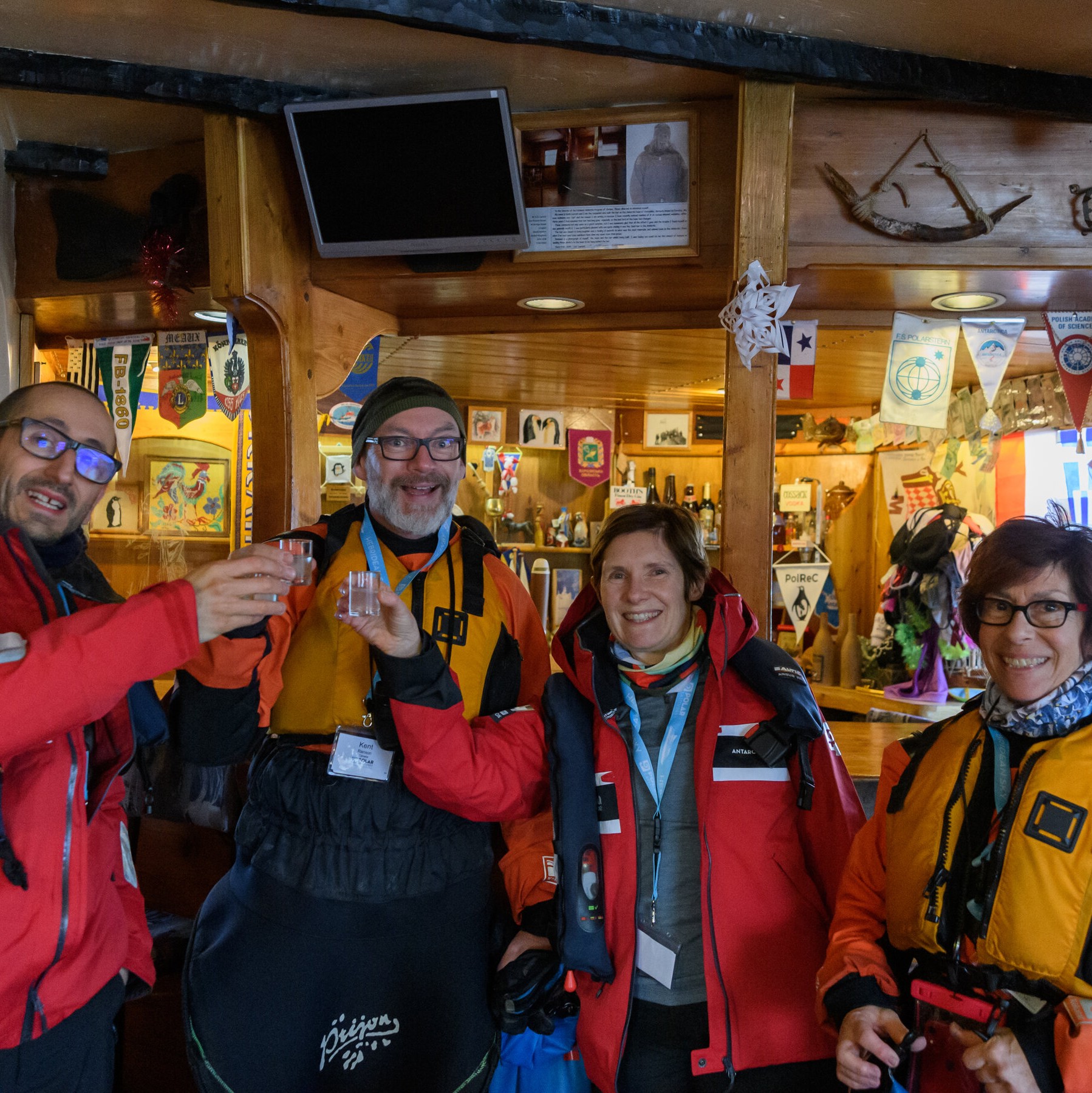 A drink at the ‘Southernmost Bar in the World’, Vernadsky

Vernadsky Station was established in 1947 by the United Kingdom but transferred ownership to the Ukraine in 1996. Named after Russian and Ukrainian mineralogist Vladimir Vernadsky, this station is located at Marina Point on Galindez Island and boasts a lounge that serves as the ‘Southernmost Bar in the World’, as well as a post office where visitors may send mail from Antarctica. The station has been a base for scientific research studies on long-term temperature trends that indicate global warming.

Brown Station is located in stunning Paradise Harbour and is the location of a gentoo penguin colony and a lookout point 300 feet above the station. This station was established in 1951 by Argentina and was developed for research programs such as biology, bacteriology, ecology, oceanography and a slew of other sciences. Throughout the years of observation here, the Argentine Antarctic Institute has published more than 100 scientific papers on a variety of topics.

Located at Waterboat Point in Paradise Bay, this base was named after Chilean President Gabriel González Videla, who, in the 1940s, became the first chief of state of any nation to visit Antarctica. It’s a small station and even at the height of the summer season there is only up to 16 people living there. Waterboat Point is an official historic site under the Antarctic Treaty and it was here that the first scientific study on penguin breeding was conducted.

Located on Half Moon Island in the South Shetland Islands and established by Argentina in 1953, this base is identifiable by its black tower with yellow stripes, and is considered small, housing just up to 36 people during the summer months only. These scientists carry out observations of surface meteorology, birds, and the impacts of local tourism, and there have also been studies of oceanography and geochronology held here.

Formerly known as Jubany Base, Carlini is an Argentinian scientific research station located on King George Island in the South Shetland Islands. This base operates year-round with a staff of up to 100 people, and has laboratories for meteorology, seismography, biology and oceanography as well as a heliport, radio station, movie theater and freezing chamber. In December 2013, rock band Metallica performed a concert at the base that was streamed worldwide.

On an interesting note, you will never see abandoned or empty research stations. As part of the Antarctic Treaty, should a base close down, the country wishing to discontinue their presence is responsible to remove all structures and return the area to its original conditions. As you can imagine, this would be a financial and logistical hardship, and so all stations remain operational, even if it means having limited staff.

A visit to one (or more) of these fascinating and important stations is always on our agenda, though weather and conditions will dictate if we can make landfall. If you are lucky enough, you’ll get to rub elbows with scientists and workers conducting important research in some of the most remote outposts in the world. 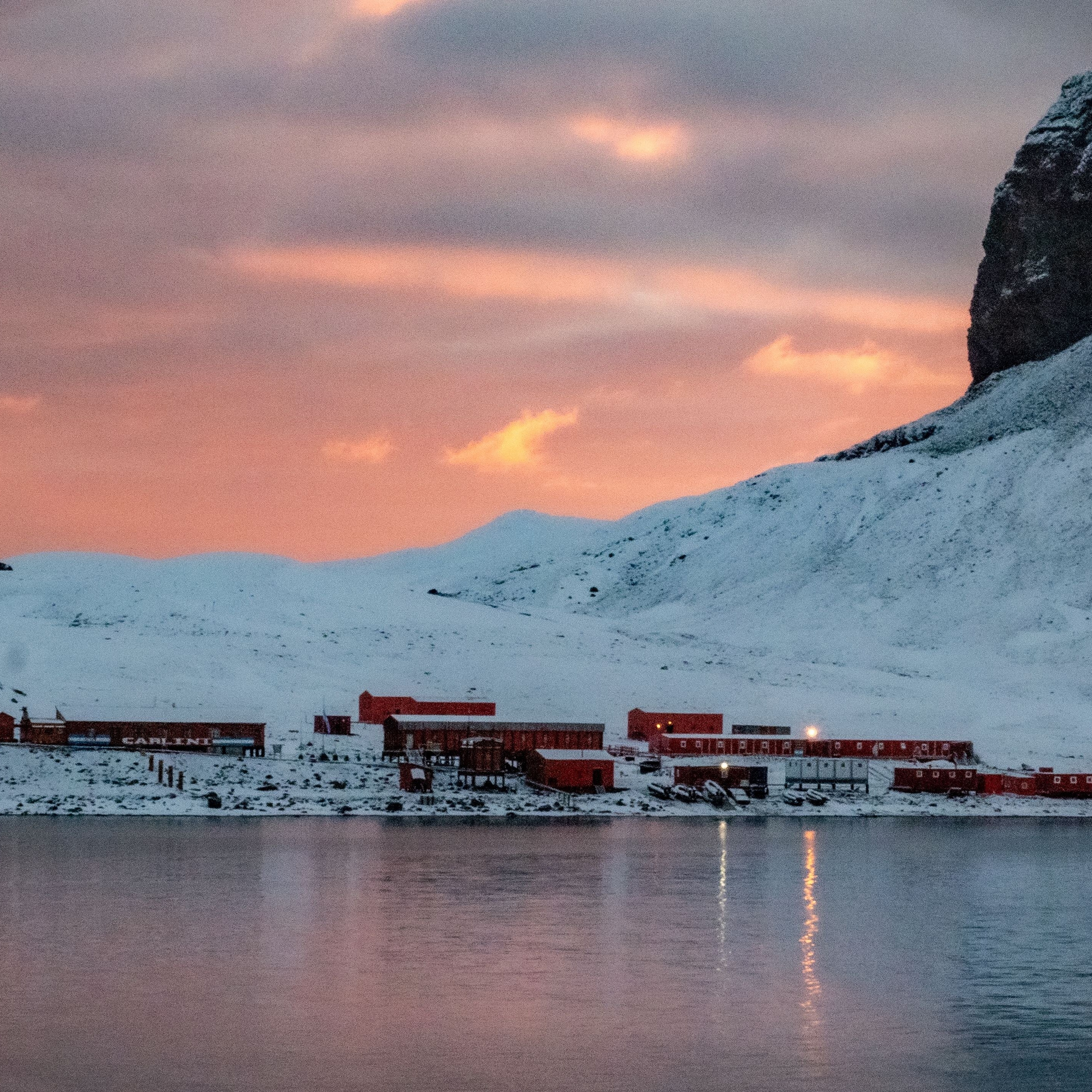