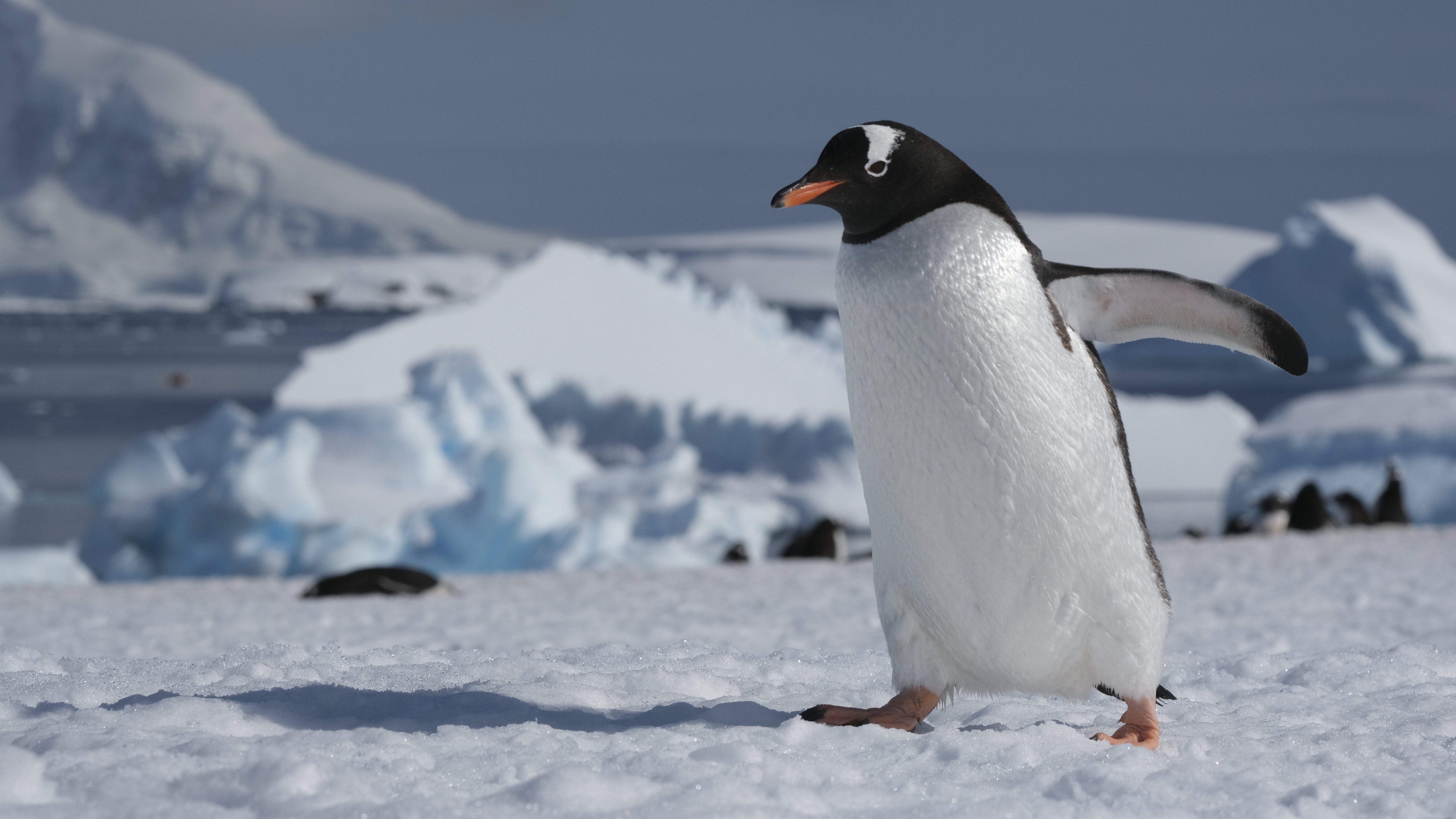 Cuverville Island is an island located at the entrance of Errera Channel along the Antarctica Peninsula. Discovered by the Belgian Antarctic explorer Adrien de Gerlache during his 1897-99 expedition, Cuverville Island got its name from J.M.A. Cavelier de Cuverville (1834–1912), who was a vice-admiral of the French Navy.

The island is essentially an 800-foot-high rock with a long rocky beach at its shoreline and a huge stony dome that dominates much of the island. Cuverville island boasts some of the only identifiable botanical species in Antarctica including Antarctic hairgrass and Antarctic pearlwort, making it an extremely unique terrestrial location.

Cuverville Island is home to a large colony of Gentoo penguins and it’s estimated there may be as many as 7,000 breeding pairs of Gentoos on the island, making it one of the largest penguin rookeries on the Antarctic Peninsula. The location has been recognized by BirdLife International as an “Important Bird and Biodiversity Area”. Shags, Petrels and other Antarctic birds are often sighted here as well.

In the sea and along the shore you might also spot several species of Antarctic seals. Being at the mouth of the Errera Channel it’s not uncommon to spot Minke whales, Humpback whales and other sea life that is entering or exiting the Channel, as well as icebergs that have run aground.

Here are some highlights of a visit to Cuverville Island:

The fascinating shoreline and wonderful wildlife spotting opportunities make Cuverville Island a fantastic landing site- it is frequently a spot we try to visit on our voyages.

If you are interested in visiting the Antarctic Peninsula please speak with our team. Once you are onboard, your Expedition Leader will work with the crew and if weather and planning allow, you may be lucky enough to visit Cuverville Island on an excursion with your fellow guests.