A Glimpse of Whale Science in Antarctica

The last week of September marks Polar Week – celebrating the importance of the polar regions and the cryosphere in general – as well as Science Literacy Week, which is dedicated to showcasing the diversity of science.

In honor of these two important events, we spoke with expedition team member and marine mammal specialist Annette Bombosch, PhD. Annette teaches our guests all about our favorite marine mammals and also heads our Citizen Science program, involving guests in real science projects happening throughout each voyage.

Since the launch of our Citizen Science program in 2014, Polar Latitudes’ guests have been given the chance to contribute to major research studies focused in Antarctica, engage with scientists through conversations and presentations, and get a first-hand look at how climate change is impacting our birds, sea life, glaciers, oceans and weather patterns.

Beyond Citizen Science, we also welcome scientists and researchers on board as a means of transportation and support for important field research.

Here Annette outlines an important project she conducted with fellow scientists, seeking and tagging whales to better understand their habits and behavior: 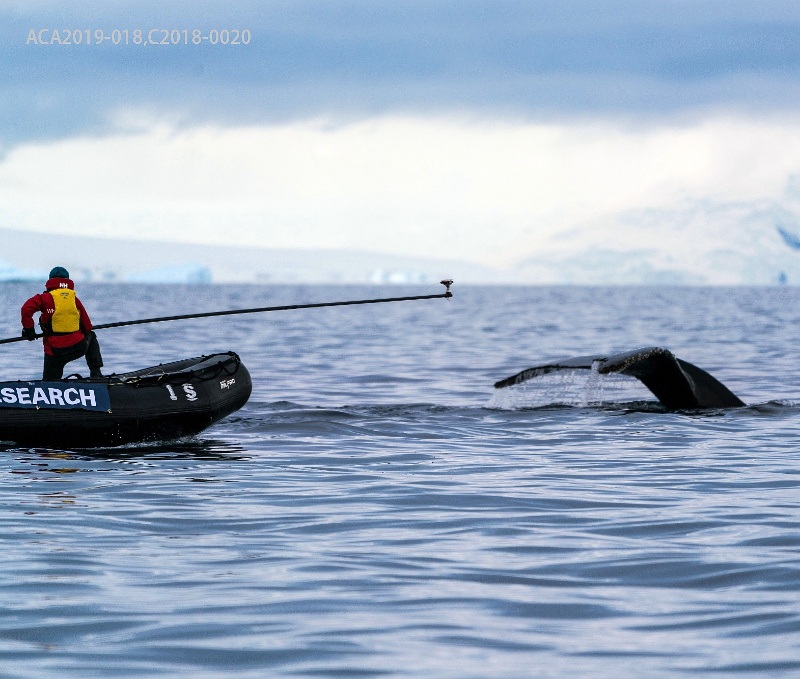 During our Whale Science voyage in March 2020, scientists from the Woods Hole Oceanographic Institution and Polar Latitudes were studying how baleen whales find their prey. Curiously enough this is something we still haven’t unravelled.

Each morning we headed out with 2 Zodiacs looking for Humpback whales. Once we selected a whale for tagging, we approached carefully and attached a non-invasive suction cup motion tag that would stay on the whale for a pre-programmed duration before falling off. During this time, the tag recorded the whale’s depth and acceleration, which allowed us to reconstruct the whale’s underwater behavior. The team recorded the whale’s behavior carefully for the entire time to help better interpret the collected data. While the whale was tagged, the second Zodiac used an echosounder to map the area for the krill Humpbacks feed on. Water samples were also taken to measure chemicals in the water that potentially indicate higher prey concentrations and might attract whales to certain locations.

During Zodiac cruises, guests assisted in the water sampling, helping to increase the sample size significantly.

We are proud to contribute and support ongoing research to help scientists better understand our evolving planet. All guests are welcome to join our Citizen Science program, which is complimentary. There are a number of projects you can take part in and participation availability can vary, so be sure to check in when you embark on your voyage! Join us!