With the brilliant array of unique animals we see in and around in Antarctic waters, a trip to Antarctica is truly a dream for anyone that loves animals. Even if you’re not the keenest of animal enthusiasts, somehow the Southern Hemisphere’s creatures have a way of charming everyone. The most unlikely of these animals might just be the Southern Elephant seal. Giant, hulking masses on the beach, a male Elephant seal is a formidable sight. Yet something about them mesmerizes our guests. Let’s take a look at some fun facts about Elephant seals to see if we can discover how these pectacular creatures quickly become a favorite for all who see them. 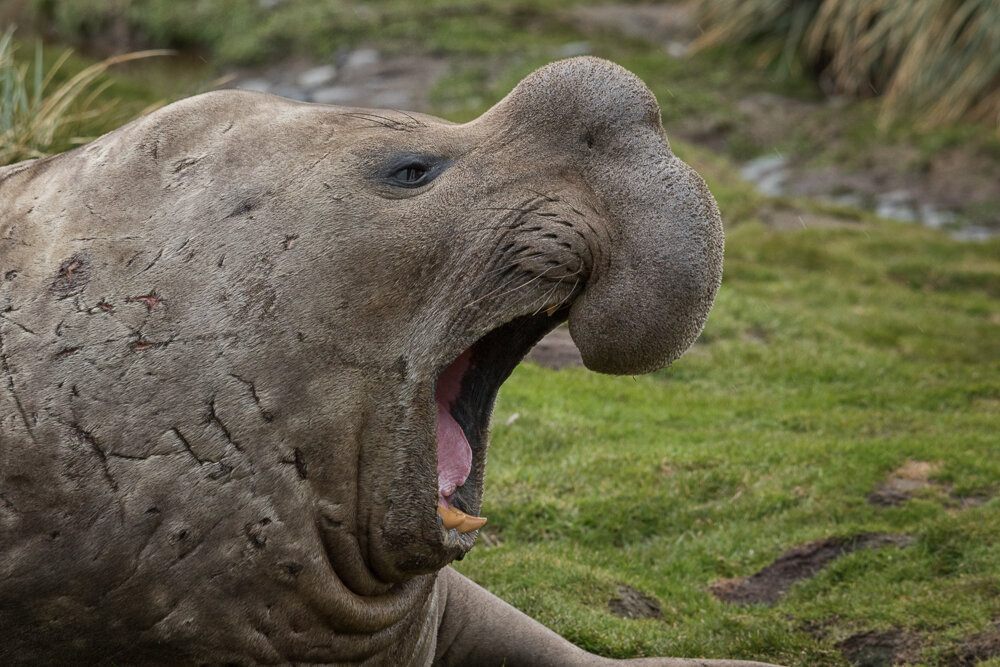 Male Elephant seals weigh up to 8,000lbs and can reach up to 20 feet in length! Females are also large, but nowhere close to the size of the males who weigh about 10 times more. Pups are born at around 70lbs and grow up to almost 300lbs by the time they are weaned (about 26 days).

They Love to be at sea

Considering their incredible size, Elephant seals travel surprisingly far. They will travel up to 21,000 miles per year, which is the longest known migration of any mammal. While other species of seal stay close to land, the elephant seal will swim out to the deep ocean for more than 80 percent of their lives, spending much of that time deep below the surface. They can hold their breath for more than 20 minutes- which is longer than any other noncetacean mammal – and reach depths up to 3,000ft.

They are masters of the beach

An Elephant seal breeding ground is not for the faint hearted, but we can attest that it is a remarkable site to behold. The males are big, bad and belligerent, inflating their noses and making deep noises, ready to fight other males to show who’s boss. They fight by raising up their massive bodies and ramming into each other with chests and teeth. The females can be seen languidly lounging on the beach, gathering in groups of up to 50 called a ‘harem’. They are there first to give birth, then when they are ready there is a short window to mate then retreat to the ocean as quickly as possible.

Elephant seal pups are some of the CUTEST animals we encounter, they look like little sausage logs with big doe eyes and whiskers. But as the males mature, they grow incredible bulbous noses that are almost trunk-like (hence their namesake). When a male is asserting himself against other males, he will rear his head and inflate his nose like a balloon. When the tip is pointed into his mouth, he can then use it like a megaphone to make loud belching noises to fend off other males potentially coming for his harem of females.

they were almost extinct

Antarctica is known for its remarkable and abundant wildlife. The main species found in Antarctica are penguins, seals, whales and seabirds. Species you WON’T see in Antarctica: reptiles, amphibians, walrus, rodents, polar bears, foxes, muskox, reindeer or other terrestrial mammals (these are more commonly found in the Arctic).

Interested in seeing these majestic animals for yourself? Reach out to our team any time! 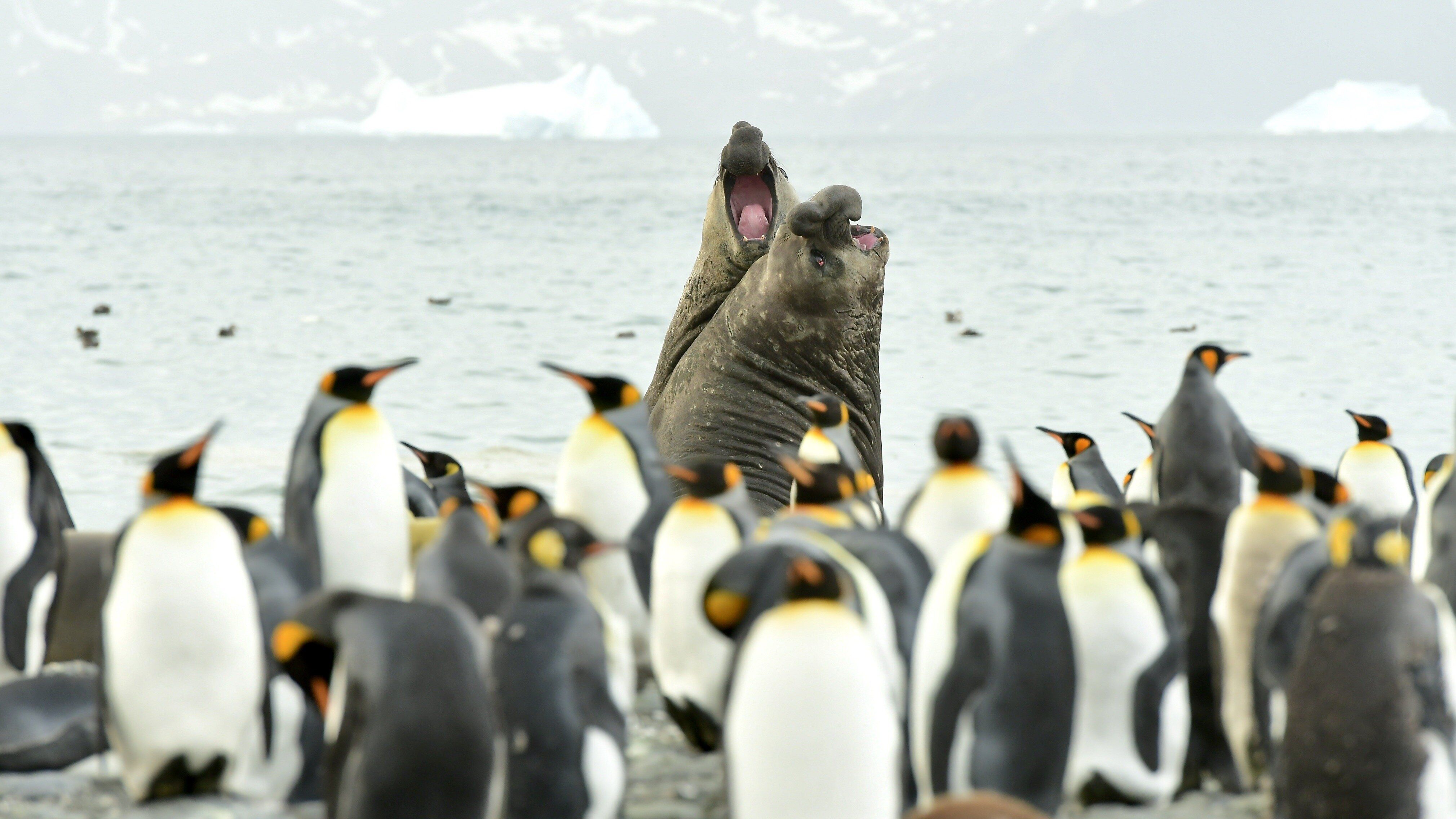