A Polar Expedition with Antarctic Quest 21

In our upcoming 2021/2022 season we are proud to be partnering with Antarctic Quest 21, an expedition set out by several of our staff members and their inspiring team of polar explorers. During the Quest, the team will be gathering scientific data and contributing to the understanding of Antarctica’s land, ice, ocean and air. This will hopefully shed some light on what recent and future environmental changes mean to everyone. The expedition is also about extending knowledge to future generations so that they can be inspired by the science and adventure of the Quest.

We had a chance to sit down with Expedition Leader and Polar Latitudes staff member Paul Hart to learn more. 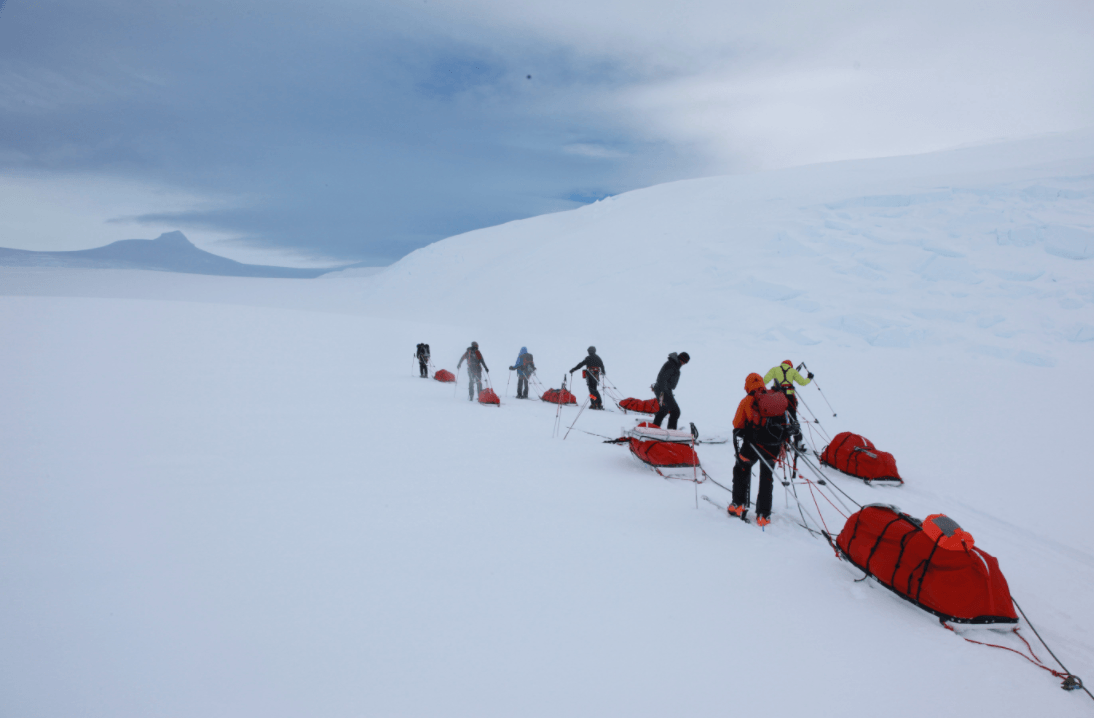 What is your connection with Polar Latitudes?

Originally Polar Latitudes offered to sell a cabin and donate the proceeds to the expedition. Later we were offered the option of getting us onto the ice at Portal Point, then extracting us from same point. Having worked for a number of years with Polar Latitudes this was a very welcome offer and there was an agreement made for the expedition to provide presentations to the guests onboard as well as from the ice on the celebration and commemoration date for Sir Ernest Shackleton on January 5th, 2022.

How did the idea of Antarctic Quest 21 come about?

In 2012 I led a small team to celebrate and commemorate the 100th anniversary of Captain Robert Falcon Scott reaching the South Pole; the team crossed the Antarctic Peninsula undertaking critical scientific work. After that expedition I was keen to return and undertake further science work and for the past 4 years have been planning that return while working with various academic institutions to develop a programme of scientific activities. As we approach the 100th anniversary of Shackleton’s final Quest Expedition and his untimely death in South Georgia, it seemed fitting to make a celebration of his life and achievements and commemorate his passing by linking our expedition to him as we had done with Scott. This is also for me, personally, a tribute to that age of ‘Heroic Age’ of Polar Exploration that most historians regard as ending with Shackleton’s death.  As I was a regular Royal Navy Officer in 2012, my connection to Scott was underpinned by his being a Royal Navy Captain and so I was celebrating a fellow Naval Officer who had fallen in the line of his duty. I am now a Reserves Royal Navy Officer and Shackleton was commissioned into the Royal Navy Reserve as a Sub-Lieutenant to travel south with Scott on the Discovery expedition; it is fitting therefore that I now celebrate my fellow Royal Navy Reserve Officer who died while undertaking a final Antarctic expedition.

Tell us about the team you have put together.

Antony Jinman – 12th Britain to ski to the North and South Pole solo, a good friend for a number of years and who also works for PL, he is my Deputy.

Claire Grogan – Doctor and specialist in Polar Medicine, she teaches Polar medicine for the Royal Geographical Society (RGS) and is a seasoned Polar traveller. Claire has also been the doctor for the SPRI in the 2019 search for the Endurance.

Kate Retallick – Kate is a seasoned Polar Traveller, has her PhD in Glacial Retreat in Antarctic Peninsula, is currently serving in the Royal Navy and will become the 1st Lieutenant and navigator for HMS PROTECTOR the navy’s ice-breaker on completion of the expedition,

Rickard Berg – Rick is another PL team member. He has trained in the British Military in Polar Survival and is a Polar expert.

Paul Edwards – Paul is a seasoned Polar operator and mountaineer, he has trained people in Polar Survival and is my training lead for the expedition

Richard Simpson – Richard was with me in 2012 and is my communications and power expert, he also teaches Polar Survival.

Martin Densham – Martin was also with me in 2012 and was my science lead. He is also a seasoned Polar traveller and a former naval officer who is a specialist in oceanography and meteorology.

What else will you be doing on the Quest (aside from collecting data)?

We will be conducting a suitable tribute to Shackleton on January 5th, 2022, 100 years after his death onboard the Quest.

What are you most looking forward to?

I am looking forward to looking over the vast panorama of the Larsen Ice shelf once we get to the East Side of the Antarctic Peninsula – it is truly stunning. The memory of doing this viewing on Tonkin Island in 2012 has remained with me and is an inspiration for this expedition.

What are you least looking forward to?

Navigating through crevasse fields on each side of the Peninsula

What is the best tip you could give someone going on an Antarctic expedition such as this?

Have a good sense of humour and positive mental attitude, and make sure you are fully prepared for operating in what I can only describe as the most challenging environment on the planet.

The preparation for such an endeavour must be a huge undertaking- tell us more about it.

Yes it is – the coordination of getting a permit to operate from the FCDO, getting all the science projects approved and in place, managing the training for the team not only to operate safely on the ice but also the ability to conduct the scientific work, developing the plan of operation and delivery into the Peninsula, obtaining all of the equipment, managing the sponsorship options, running a Crowdfunder Campaign, developing strategies for our educational outreach and legacy programmes and a myriad of other activities has been colossal.

Is there anything else you want people to know about this Quest?

This is a statement that the ‘Heroic Age’ of Polar exploration didn’t end with Shackleton’s demise – like him we will be going into the unknown and treading in untrodden regions, like him we will rely on only our own skills to operate safely in the environment and will haul all our kit and equipment and we will, like him, be seeking to inform, educate and inspire all ages of people about science and exploration.  Anyone wishing to support our educational outreach programme should contact us and we are always looking for financial donations to extend our legacy and education campaigns.

Interested in joining the team from Antarctic Quest 21 on their departing or returning voyage? Contact us to learn more.