They call him the ‘Boss’ and he is one of the most famed polar explorers in history. Sir Ernest Shackleton is a man whose name is synonymous with Antarctica and his tale is often referred to as ‘the most remarkable survival story ever told’.

Shackleton was born on February 15, 1874 in Kilkea, Ireland, the second of ten children. After finishing college, Shackleton joined the Mercantile Marine Service in 1890 despite his father’s wishes he attend medical school. At the age of 19, he was promoted to the rank of First Mate and became a Master Mariner a mere six years later. After participating in numerous expeditions and travelling extensively, a 1901 expedition lead by explorer Robert Falcon Scott sparked his lifelong goal of being among the first to reach the South Pole. 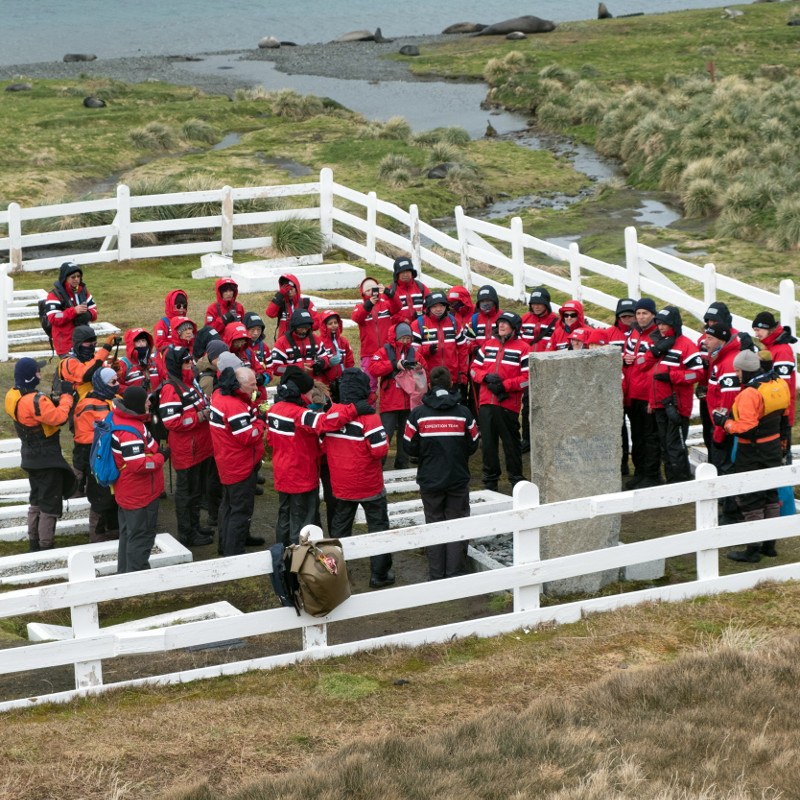 Shackleton was devasted when, in 1911, an expedition by a Norwegian team reached the South Pole before he could. In 1914, Shackleton embarked on his third attempt to reach the South Pole, aboard his famed ship Endurance. The expedition did not go as planned and in January of 1915 the ship became trapped in ice. For ten months the vessel drifted with the pack ice. Eventually the increased pressure of the ice against the hull caused a leak, and the difficult decision was made to abandon ship. Shortly after the vessel was crushed and sank.

Isolated on a drifting pack of ice, the men marched westward to where they thought they would find the nearest land. Hauling their lifeboats across the frozen landscape, the men were forced into the small crafts due to the thinning ice, camping on large ice floes to rest.

What kept the crew going is a tribute to Shackleton and his leadership. His ability to read his men, understand their emotions and keep up morale was remarkable. After 497 days across rough, frozen seas, they made they made landfall on Elephant Island, setting up camp in a place they called Point Wild, after Frank Wild who had scouted the location.

With no chance of rescue, rations nearly gone and stranded far from civilization and any chance of ship encounters, Shackleton realized that the chances of rescue were slim and devised a plan. He undertook a mission with five of his crew to cross almost 800 miles of rough seas to get to South Georgia, in the hopes to reach an inhabited whaling station. The journey took 16 days across one of the stormiest stretches of ocean in the world, becoming what is one of the most astonishing small boat journeys in history.

Resting for only three days, Shackleton and his men organized for whaling boats to rescue the remaining crew members. Four months after having left Elephant Island, and four attempts to reach them, Shackleton and his expedition team were reunited. What is even more remarkable is that not a single member of Shackleton’s team perished or was lost.

In 1921, Shackleton returned to Antarctica to conduct research on the Quest, on which he collapsed from a suspected heart attack at the age of 47. Sir Ernest Shackleton was buried on South Georgia, his death bringing the ‘Heroic Age’ of Antarctic exploration to a close. You can visit his gravesite, with his loyal second in command Frank Wild resting alongside him, on the island.

Though he may not have accomplished his goal to cross Antarctica via the South Pole, his story and legacy lives on to this day.

Interested in following Shackleton’s footsteps? Join us on a Falklands, S Georgia, & Antarctica voyage.  We promise your journey will be much more comfortable!