The staff that make up the Polar Latitudes expedition and home teams are much more than a team – we are a tight knit family. Most of us voyage together year after year, sharing a deep love for Antarctica. We take immense pleasure in making sure your trip is one you’ll never forget, and are proud of how highly experienced and synced to our guests needs each staff member is.

Here’s a chance to get to know some of the members of our amazing team a little bit better. 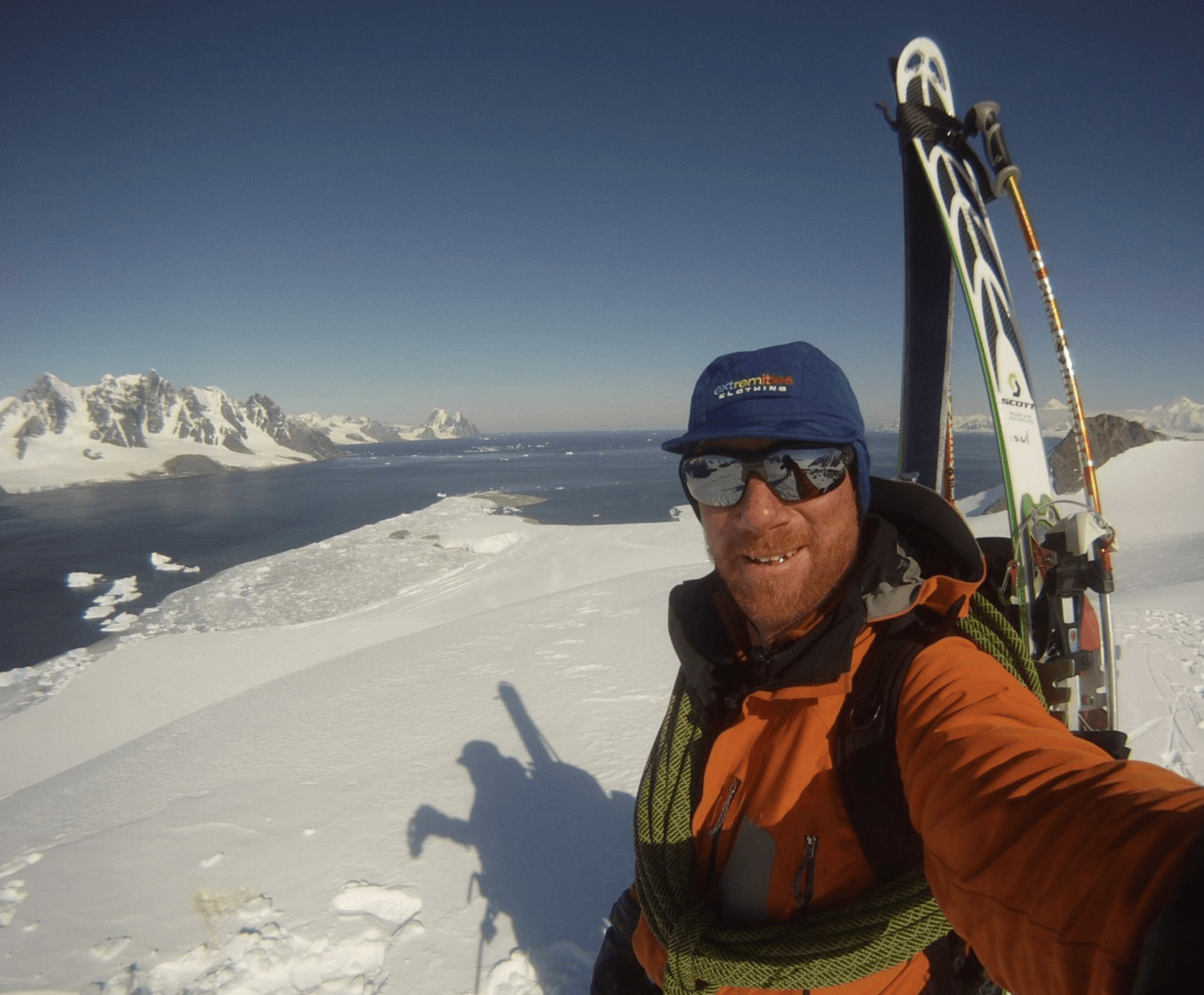 What is your name and position?  Paul Hart, Zodiac Driver, Lecturer and Education Coordinator.

Where are you from? I live in the sea faring town of Plymouth, though I work in Dartmouth when not employed by PL. This is the port that Shackleton’s endurance left the UK for his second expedition of the same name to Antarctica. It is also the birthplace of Captain Scott and I live a short distance from the place he was brought up. Scott was also trained at Dartmouth onboard the Britannia, and I was trained at the Britannia Royal Naval College where I now work – so there a lot of connections between myself and these two great historical figures.

What is your background? I have a Degree in Oceanography, Meteorology and Geology so can talk on those subjects, but I am more commonly invited to talk as a Historian. My main area of expertise is Scott and Shackleton, though I am fully aware of the history of the Peninsula.

How did you first get interested in Antarctica? In 2012 I led a team to cross the Antarctic Peninsula by man-haul doing science work, to commemorate the 100th Anniversary of Captain Scott reaching the South Pole.

What is your favourite Antarctic animal? Humpback Whale

Tell us about your job at PL: Although I am a Historian and I love imparting knowledge about the whole Antarctic history piece (and that includes the environmental history as well as the influence and involvement of man on the Antarctic), what I enjoy most is taking people on the Zodiacs to the landing sites and giving to them a sense of what Antarctica is all about. In particular I love the zodiac cruises as this gives you time to individually talk and get to know the clients and explain to them about the history and environment of Antarctica while they are actually in it. For many of them, being in the raw environment is enough to create a new dimension in thinking and here you can have a laugh and an informal chat with them which often creates the deepest learning.

What do you love about your job? I absolutely love meeting people and getting to know them, and then perhaps enlightening them on something they didn’t know previously or had a belief that was unfounded.

What do you do to explore? To explore I organize expeditions or travel to remote places I haven’t been before. I am currently intending to cross the Antarctic Peninsula from Portal Point to Foyn Point in Dec/21 – Jan/22 to commemorate Sir Ernest Shackleton and his final expedition (and his passing) with a Service on the Forbidden Plateau on 5 Jan 2022.

If you could go to Antarctica with anyone, who would it be? If it was anyone, I would love to spend time there talking to one of the Heroic Figures of Antarctic Exploration, Probably Scott, but possibly Shackleton or Mawson. If it had to be someone alive, then I would probably want to go with my father who is quite elderly now, to show him the magic of the frozen continent would just be out of this world.

Any other neat stories you’d like to share? In 2012 I was privileged to represent the Royal Navy and the UK in leading a team to cross the Antarctic Peninsula to Commemorate one of my boyhood heroes; Captain Robert Falcon Scott, on the 100th anniversary of his reaching the South Pole. I understood Scott and his complexities, as I had gone through the same military training as he did and was also from a similar background. This was my last activity as a member of the Royal Navy and one I cherished. On leaving the Royal Navy I joined the Royal Naval Reserve, and this has led to my latest expedition to Antarctica. One of my other heroes was Sir Ernest Shackleton and Shackleton was commissioned into the Royal Naval Reserve (RNR) to accompany Captain Scott on his first 1901 ‘Discovery’ Expedition. Shackleton obviously had his ‘Endurance Expedition’ which is what he is famed for, however, in 1921 he went back to Antarctica on a scientific expedition called the Shackleton-Rowett expedition or, as it was otherwise known, the Quest Expedition. Sadly, Shackleton died before the expedition could get underway to begin its science work. As I am now a Reserve Officer in the Royal Navy, I will now commemorate Sir Ernest Shackleton as a fellow RNR Officer on the ice on the 5th January 2022, as part of my own scientific expedition called the Antarctic Quest 21 Expedition.