‘Antarctica shall be used for peaceful purposes only’

December 1st, 1959: The Antarctic Treaty was signed, forever changing the course of history.

Did you know that Antarctica is the only continent in the world that has no native human population? The only human inhabitants there are scientists and researchers, and even they don’t live there every day of every year. The only permanent residents of Antarctica are the many penguins, whales and seals.

So why has no country ‘claimed’ Antarctica? Well it’s not that no one was interested. The fact of the matter is that the region was of intense interest for quite a number of countries, but those countries decided to come together and cooperate for the sake of science. And thus, the Antarctic Treaty was created to establish Antarctica as a region for scientific freedom while banning any kind of military activity in the continent.

The Antarctic Treaty, together with all associated agreements, is known as the Antarctic Treaty System. This system is responsible for providing regulations and guidelines to the international community on how to relate to Antarctica. Antarctica is defined as ‘South of the 60° South latitude including all the land and ice shelves’. 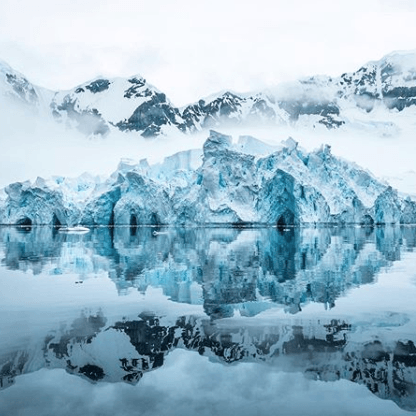 A place of peace and science.

Opened for signature in Washington, DC on December 1st, 1959, the treaty and was officially adopted on June 23rd, 1961. The initial signatories were twelve nations that had active interests in the continent at that time: Argentina, Australia, Chile, Japan, France, New Zealand, Norway, South Africa, Belgium, Soviet Union, United Kingdom, and the United States. Currently, there are 53 members, with the headquarters in Buenos Aires, Argentina.

There are fourteen articles within the Antarctic Treaty. Everything from declaring the region as a peaceful place to prohibiting military activities, providing freedom for scientists to work and for free access to observers from the members to all areas of the region, as well as to observers and scientists.

Needless to say, the Antarctic Treaty is an incredibly important and meaningful system, and our beloved White Continent wouldn’t be protected the way it is today without it.

On December 1st of every year, we celebrate Antarctica Day as a nod to this wonderfully significant day in history, one that we are particularly proud and appreciative of.

If you’re interested in traveling to Antarctica with us and experiencing first-hand this incredible place, reach out to your preferred travel agent or our team.